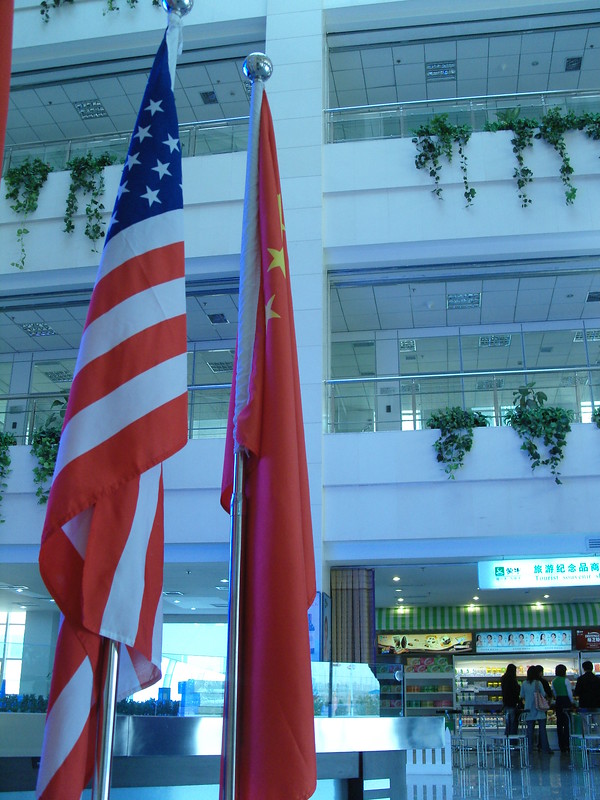 To properly appreciate the implications of unfolding international economic conflicts centred on the US it is necessary to start with correcting a misnomer: “trade wars.” This popular media term conceals more than it reveals; a more accurate but less appealing term is “investment, technology, security, and trade wars.” This encompasses the objectives of forcing US companies to invest at home rather than abroad, especially in the US’ pre-eminent “strategic competitor”, China; re-asserting control over US origin technologies, both in markets where they are deployed and protecting them at home especially vis-à-vis China; as well as the use of trade and investment instruments to achieve these objectives. Overall, President Trump’s approach to trade could be summed up as “geo-economic” which, together with his strong emphasis on the balance of trade, means mercantilism with modern characteristics.

China finds itself in a deteriorating domestic economic growth scenario, in part fuelled by US trade actions, but mostly owing to the export miracle having run its course. Not surprisingly, global financial markets are skittish, and increasingly focused on how the US-China economic relationship plays out. Chinese leadership under President Xi Xinping is unlikely to bend too far in the face of US unilateralism.

For the same reasons and more, there is substantial uncertainty over the future of the global trading system. These tensions are most manifest in the WTO, which faces an uncertain future given US threats to withdraw from the organization while blocking appointments to the Dispute Settlement Mechanism’s Appellate Body, thus threatening to paralyze trade disputes resolution.

What strategic responses are emerging?

While each country has its peculiar development challenges and trajectories, some generalizations are necessary. Overall, Africans remain dependent, to varying degrees, on exports of commodities, rendering their terms of trade subject to the vagaries of commodities cycles. While many things determine commodities cycles, economic growth in key demand centres, notably China but also the EU, US, and Japan, remains critical. Therefore, in the short-term, the growth slowdown currently taking shape is of concern and underscores the longstanding African objective to diversify out of primary production and into manufactures.

In the medium-term, the technological forces reshaping global production patterns threaten both continued reliance on commodities exports and diversification into labour-intensive manufacturing. Materials science and genetic modification offer the prospect of replacing some exported commodities used in the production of industrial goods and food products. Technologies such as 3D printing are propelling on-shoring of manufacturing into developed countries, a trend exacerbated by US trade and investment policies, and can potentially change the geographic distribution of value chains at a time when Africa’s “moment” to grasp a share of labour-intensive value chains relocating out of China has arrived.

Given the small economic size of African markets, the consolidation of regional economic communities (RECs) across Africa is to be welcomed as this could boost the continent’s growth potential. And, at least in intention if not always in action, RECs have developed corresponding market integration plans, which various donor countries but particularly the EU, are supporting through official development assistance (ODA). This offers the prospect of pooling resources to build cross-border connectivity and infrastructure, thereby alleviating domestic resource constraints.

Moreover, the RECs are increasingly consolidating and integrating amongst themselves. This has culminated in the ongoing negotiations to establish the African Continental Free Trade Agreement (AfCFTA). The primary objective of the AfCFTA is to double intra-African trade. A secondary objective is to harmonize African trade arrangements and institutions in order to enable trade to flow and be governed more effectively. This is reflected in the ambitious goal of establishing a single African common market and continental customs union.

It is widely hoped that achieving the objective of doubling intra-African trade in goods will promote industrialization on the continent, since it will require the establishment of cross-border value chains in various sectors, thereby promoting a larger and more sophisticated range of investments, including in various services. While the AfCFTA has achieved significant momentum, the jury is still out regarding its market access content.

Africans and the WTO

Africans have a clear interest in preserving the WTO, even while they may chafe at its perceived inadequacies and injustices. It is a truism that the WTO is a rules-based trading system that offers stability and predictability in relation to the conduct of cross-border economic relations while constraining the large trading powers from engaging in unilateral actions. Africans also have some influence on how the system shapes up, not least over its development content, given the institution’s consensus decision-making modus operandi.

However, African negotiators continue to cling to the fiction that the Doha round, long dead, is the core of the WTO’s work program, and use lack of progress on it to block initiatives by developed countries. This has contributed to the US’ frustration with the WTO and consequent resort to unilateral actions. A WTO without the US would be highly detrimental to the multilateral trading system, so Africans must seriously engage with US concerns, much as they perceive the US does not take their own concerns seriously. In part, this means supporting the various smaller group, or plurilateral, negotiations underway such as e-commerce, or at least not blocking them by recourse to the consensus convention.

Since the darkening skies on the international trade relations front are substantially emanating from the direction of Washington, it is appropriate to begin there. Africa has historically been at the bottom of US foreign policy priorities, as well as the object of ODA, unilateral trade concessions, and particularly the African Growth and Opportunities Act (AGOA). Currently, it is not clear how Washington views a key source of development finance and technical assistance to Africa: The World Bank. The recent sudden resignation of that institution’s former President, Dr Jim Young-Kim, and subsequent appointment of a senior Treasury official regarded as hawkish in relation to US involvement in international development finance has left many guessing as to US intentions. Furthermore, the Trump Administration is strongly in favour of bilateral trade “deals,” and has announced its intention to pursue this approach with African countries, starting with a to-be-designated pilot country. This has led to concerns that the US may rescind AGOA, either selectively for countries that displease Washington, or wholesale. My view is that the Trump Administration is simply hastening a recalibration process initiated by the Obama Administration, and Africans need to accept that the future will be reciprocal and less ODA-driven.

However, there are several offsetting factors. First, the US trade and investment footprint in Africa is relatively insignificant compared with China and the EU. Second, it is difficult to imagine the US ultimately seeking to replicate the EU’s fraught experience of negotiating free trade agreements with all of Africa via various REC configurations (and beyond). Third, the US has already announced its intention to re-engage with the continent in order to counter China’s growing influence there. So, the “strategic competition” between the US and China will impel the US to offer more concessions to Africans, who could benefit from playing the large players off against each other.

China is now deeply entrenched at many levels and in multiple countries across the African sub-continent. While its core focus has been on resource extraction and associated ODA of sometimes questionable provenance and purposes, China’s presence has largely been welcomed by African elites, not least since China is regarded as a friend without a colonial past that does not impose difficult conditions or ask testing governance questions when extending its assistance. Nonetheless, China’s trade and investment relations with Africa have attracted their own controversies, from allegations of neo-colonialism via land and resource acquisitions, through questionable loan and aid deals, to the impacts of the expanding diaspora of Chinese traders on African retailers.

The factors shaping the “trade wars” are structural, not cyclical, and likely to endure into the medium term. The US-China “strategic competition” is fundamentally geo-economic, and will drag other key trading powers, notably the EU, into its vortex. Since these three trading powers are the most consequential from an African trade and investment relations perspective, how this economic power triangle resolves itself matters enormously. However, there is very little that Africans can do to influence the course of the contest, which means they need to focus on what they can control, and leverage what they can from the three majors towards that end. Building regional economic integration via the AfCFTA and its core constituent RECs is largely within Africans’ control. However, more needs to be done to ensure that meaningful market integration and regulatory frameworks are established.