Deficit in trust, certainty and compliance in SA’s mining sector 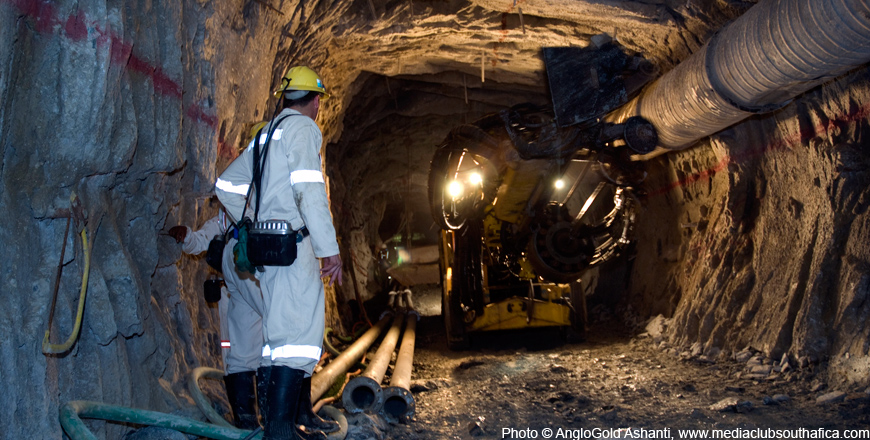 Deficit in trust, certainty and compliance in SA’s mining sector

To suggest that the mining industry in South Africa is in its death throes would be an exaggeration. It has, however, taken a turn for the worse in the past 5 years. The industry has been plagued by fractious industrial relations, waning demand in key export markets, volatility of the exchange rate, and declining profitability.

The challenges of the sector have been compounded by regulatory uncertainty, in particular with respect to the yet to be finalised amendments to the Minerals Resources and Petroleum Development Act and the revisions to the Broad-based Black Economic Empowerment Charter.

In the latter case, there is an unresolved court challenge mounted by the mining industry against government over differing interpretations on the meaning of empowerment. The two actors have a huge trust deficit to bridge, with government making demands that mining companies find hard to meet; and the mining bosses seemingly unwilling to make more social (and empowerment) contributions than they have made thus far. There is also no shared vision of what transformation and development contribution should look like, especially when government keeps shifting the goal posts.

Regarding the Empowerment Charter, the contentious issues pertain to the “once empowered, always empowered” issue, with government insisting that mining companies should always maintain a minimum of 26% black ownership even when there has been an exit by previously empowered black players. Mining companies consider this an unfair proposition, since structuring these deals is very expensive and requires a huge amount of time and leadership energies. The revisions to the charter announced by government in April 2016 have deepened the cracks between government and industry. The key points in the draft are:

The Chamber of Mines contends that once a company achieves the 26% ownership, and the BEE owners sell their shares, the company should still have its empowerment status. Under the government’s proposed draft, this would not be the case. Accordingly, a mining company is required to always have 26% ownership for the duration of the mining license. The Chamber of mines contends that such a move will lead to a perpetual dilution of shares, and create difficulties for maintaining compliance. The alternative idea that is being considered by the mining industry is that of introducing a ‘lock in’ of Black Economic Empowerment shares as a mitigating factor against potential dilution.

These tensions are symptomatic of much deeper problems in the sector, especially trust deficit and historical antipathies to an industry that was seen as serving Anglo-Saxon interests. There is a sense amongst those in the governing party, which is increasingly nationalistic, that the industry is not doing enough to contribute to social and economic change. On the other hand, the mining industry, represented by the Chamber of Mines has, in the past, highlighted several challenges that relate to regulatory uncertainty, issues pertaining to security of tenure, fragmented nature of regulation (water licenses, environmental impact assessment, health and safety issues, and social and labour plans), and ambiguities around BEE.

There is currently an ongoing process aimed at achieving a negotiated settlement between the two in order to avoid the embarrassment of legal action. The discussions are done through the Chamber of Mines and the Department of Minerals Resources. All of this is happening against the backdrop of major difficulties in the sector. Companies across the platinum, iron ore, and coal sectors have suffered job losses, with restructuring underway. Between 2012 and 2015, 47 000 jobs have been lost in the sector, with industry experts estimating more job losses in the order of 50 000 by the end of 2016. The Mineral and Mining Development Board that was recently constituted by the Minister of Minerals Resources, Mosebenzi Zwane, has been given the task of investigating these job losses, and providing a report to him by June this year. Such a report is yet to emerge.

Back in December 2008, during the maelstrom of the global financial crisis, then Minister of Minerals Resources Susan Shabangu constituted the Mining, Industry, Growth, Development and Employment Task Team (MIGDETT), comprising government, industry, and union stakeholders. Its objectives were to provide short-term interventions to mitigate the effects of the crisis on the mining industry and to minimise job losses. The ultimate goal was to develop a strategy that facilitates growth and competitiveness in the sector.

A year ago in May 2015, just before his replacement by Mosebenzi Zwane, then Minister of Minerals Resources, Ngoako Ramatlhodi convened a MIGDETT meeting to propose an outline of a long-term plan for the mining industry, under the rubric of “Operation Phakisa”. The meeting was also aimed at dealing with retrenchments in the industry, and to resolve the contentious issues around the mining charter. Ramatlhodi’s political career was curtailed, and his work – just like Shabungu’s before him – has not been advanced in any meaningful way.

What is clear is that there are leadership challenges in both the mining industry and government. The latter suffers acute deficiencies of strategic thought, technical depth, and ability to execute. This is borne out by the number of uncoordinated plans that have been developed for the sector over the past 5 years; by the failure to implement commitments made to the business community and the public in regard to key legislations, especially the long-lead time in approving new amendments to the Minerals and Petroleum Resources Development Act.