From Trade Rules to Trade Deals: Whither US Trade Policy in the Trump Administration? Event Closed | Summary Page

President Trump’s mercantilist views on trade are well known. His trade-related cabinet appointments confirm that he wishes to reorient US trade policy strongly in an inward-looking direction, targeting key trading partners such as China and Mexico, using instruments of trade protection notably import tariffs and countervailing duties. The Reagan Administration targeted Japan in similar fashion in the 1980s, with mixed success. However, China is no Japan, and the US is no longer as pre-eminent as it was in the 1980s. Therefore, in the trade community concerns are growing about the potential implications of trade wars breaking out – both for trade and, more seriously, for global security. What are South Africans, in particular the business community, to make of these developments? And how should we respond?

The seminar was led by top US, and international, trade policy scholar Professor Robert Lawrence, who is with the Kennedy School at Harvard University. Professor Lawrence was closely involved in the Harvard advisory team enlisted by the Mbeki Administration to chart economic policy options for South Africa. 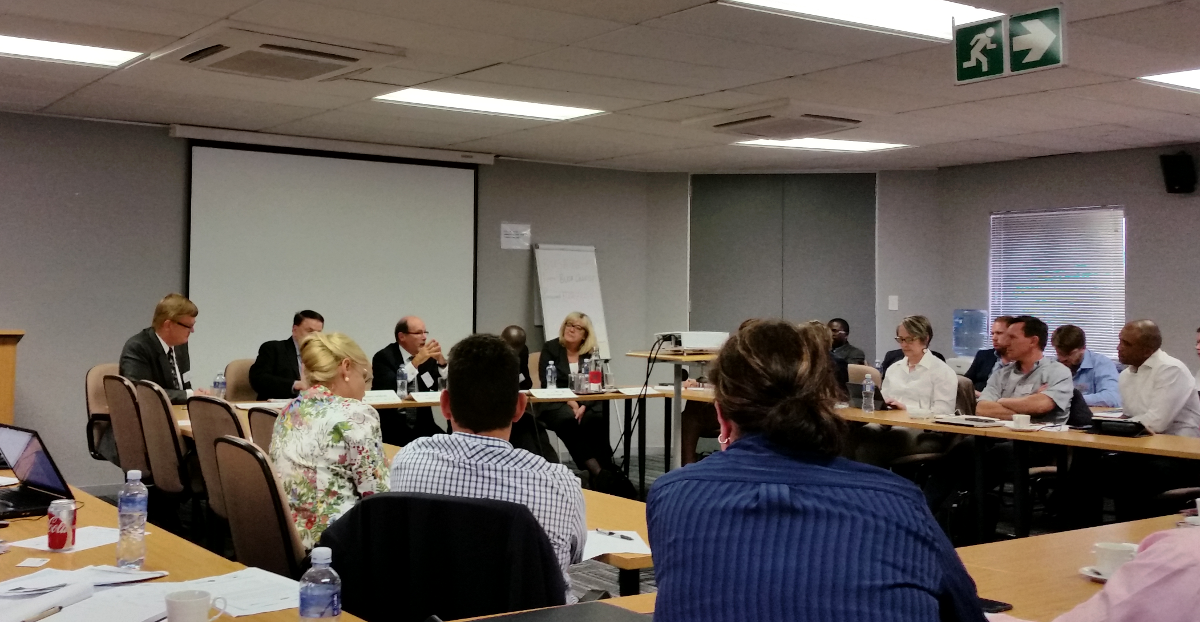 Professor Lawrence delivered compelling insight into the forces behind the rise of Trump and his inward-looking policies, in the process shedding light on much wider economic forces fuelling the rise of globalisation discontent. Professor Lawrence’s presentation focused on the decline in US manufacturing employment and the voter sentiment behind the ‘cheaters’ narrative of the Trump camp. While US merchandise imports have increased over the past 30 years the trend of US manufacturing’s declining share of total employment has not changed. A similar trend was also noted across other advanced economies and economies with trade surpluses in manufacturing, indicating that this is by no means unique to the US. The impact of technological advances, especially automation, in this highly-mechanised sector was also mentioned. However, Professor Lawrence noted that beyond these striking observations a third force impacts the global trend of manufacturing, their returns and ultimately employment: the inelastic demand for manufactured goods. According to Professor Lawrence, a decline in the share of goods in US consumption spending has been observed since the 1950s, meaning that people increasingly spend money on services rather than more goods. Again, this trend is present across other advanced economies. 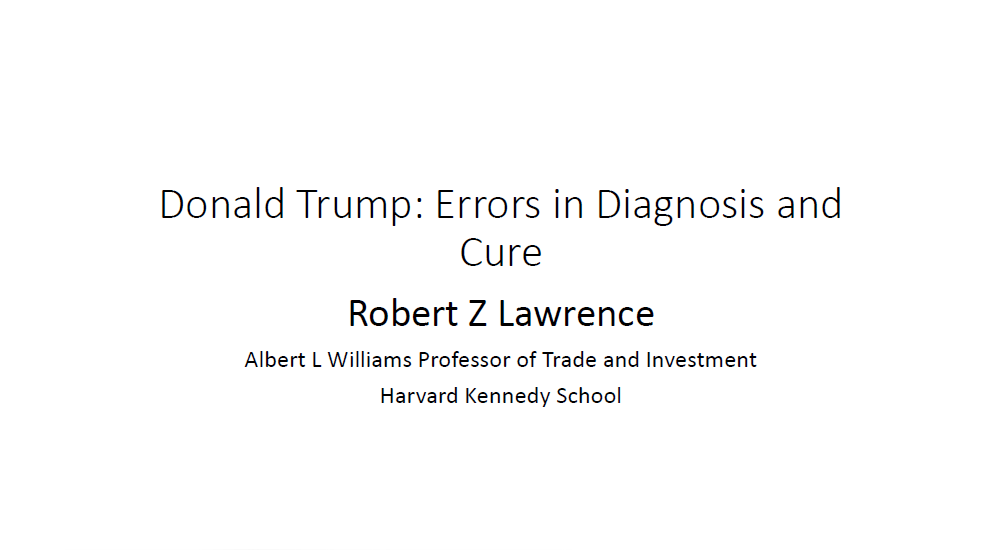 South Africa as a small open economy has a vested interest in the global economic system, and while there is a need for us to remain under the Trump radar for the time being, we must keep siding on the liberal global order. At least for South Africa, and the continent, it seems that AGOA will continue until 2025 when the Act lapses, but we’re likely to face an uncertain global economic system in the foreseeable future.

Our take away from the event: Trumpenomics are likely to result in more uncertainty; it’s up to us to manage that. With the benefit of hindsight, we need to better manage the effects of rapid increases in productivity, jobless growth and ultimately the people who get pushed out of the economy by these advances. We also need to keep in mind that while Trump occupies the Oval Office, the countries’ other institutions serve as checks and balance. As the new appointees in the white house settle in and get used to these checks and balances we should see their slow move up the learning curve, and hopefully a realisation that only Twitter can deliver the instant gratification they currently seek.