Looking beyond the travails of 2016 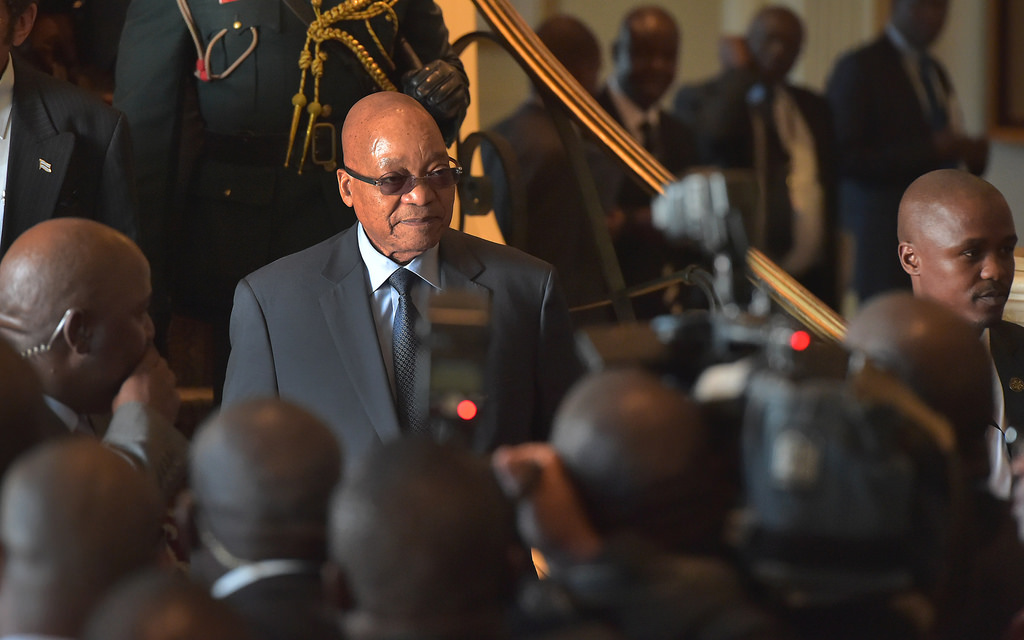 Looking beyond the travails of 2016

2016 was a politically consuming year. This year will be no different as our politics promise to be dramatic, with the ANC’s succession battle reaching a fever pitch as the policy conference in June and the elective conference at the end of the year draw closer. Meanwhile, the ills afflicting public institutions persist: the public education system remains in a crisis mode. Government leaders are reeling from one crisis to another, putting out fires rather than doing the actual work of governing. Fissures in state-society relations are growing wider and deeper, as expressed in the fallout over the death of over 100 mentally ill patients between March and December 2016, as a result of government negligence. This reflects wider public service failures and inability of government to fulfill its responsibility towards citizens, especially the weaker in society.

Young people are the most marginalised in society with unacceptably high unemployment rate at over 50 percent. Herein lie the seeds of social discontent. There is little hope that the tide will turn any time soon since the GDP growth forecast for 2017 remains subdued, and there is no evident strategy to turn the tide around.

While there is heightened excitement and curiosity about the ANC’s national policy conference and elective conference, the fundamentals on the ground are looking ugly, and there is a social ferment in the making. So, what exactly are we to expect in the months ahead?

There was little excitement about President Jacob Zuma’s State of the Nation Address (SONA) beyond the hour and a half interruption before the actual event. In the past 7 years, it has been disappointing, setting out commitments that are never fulfilled. This address has also gotten into the habit of trying hard to shift perceptions about the weaknesses of the economy, straining to convince the public that the country is a victim of events that emanate from outside and over which it has no control. The SONA contained empty promises and regurgitation of previous rhetoric around radical economic transformation to appeal to the poor and marginalised. What is important to note is that this was Zuma’s last state of the nation address as ANC President. The outcomes at the elective conference at the end of 2017 could potentially make it all meaningless in exactly the same way that former President Thabo Mbeki’s last SONA was full of rhetoric, focused on 22 ‘Apex projects’ that signaled government’s sense of urgency, but ended in the ether in the wake of his forced ejection from office. So, there is not much to learn from Zuma’s SONA.

The urgent challenge for South Africa is to reignite economic dynamism, otherwise the country is headed for a tailspin, especially if a credit downgrade becomes a possibility this year. Yet there are many political choices that throttle economic resurgence and also undermine efficiencies in the public service. This is borne out by lack of a coherent narrative on economic policy, combined with absence of significant political capital or support from the top, and lack of consensus on a lead institution that can drive the next phase of economic change. Instead, Zuma has aimed his arrows at the National Treasury, which is one of the very few government departments that is still trusted by the public, and has sought to undermine the leadership of this institution. Zuma’s firing of a top performing minister Nhlanhla Nene in December 2015, and his replacement by a little-known and inexperienced ANC-factionalist Des van Rooyen, set the country back and destroyed whatever little goodwill remained between big business and government. Although Zuma reversed his decision after a few days and brought back the technocratic Pravin Gordhan, he did so grudgingly and by then the damage had already been done.

Since Gordhan took over at the end of 2015, and for much of 2016, he has endured attacks from the law enforcement authorities with frivolous accusations levelled at him. He has also been a target of Zuma’s friends, the Gupta family, who wanted him to intervene on their behalf in their troubled relationship with the banks. Two top officials at the National Treasury, with responsibility over critical positions, have since left. For the National Treasury to perform its role as a guardian over economic policy, and to provide leadership on economic change, it requires explicit support from the President. It also needs a significant degree of independence to temper predisposition towards unhinged expenditure by other departments.

In any case, Gordhan looks set to be dispatched to the wilderness now that the Budge Vote is out of the way. The desperate tone of the budget about the macro-economic challenges South Africa faces, and fiscal vulnerabilities that are beginning to emerge, suggest that Gordhan will no longer be seen as indispensable. The likelihood of his removal is becoming more real as Zuma’s allies in the ANC Youth League and the ANC Women’s league are calling for Gordhan’s head. Zuma and those close to him likely view Gordhan as an obstacle to large-scale procurement projects, since the National Treasury must approve many of these. It has in the recent past gone head-to-head with the public electricity utility, Eskom, whose Chairman Ben Ngubane is close to Zuma, over how the latter negotiates coal contracts, with businessmen close to the president entangled in conflicts of interest. Poorly run state owned enterprises such as the South African Airways, whose Chairwoman has also been involved in some of Zuma’s foundations, see National Treasury as a life line with deep pockets, and consider Gordhan as the one who is closing the tap for resources they could use to dispense patronage.

Then there is the widely publicized nuclear procurement programme likely to be a treasure trove for politically connected cronies, which experts estimate could cost upwards of R1 trillion, and which will require sign off by the National Treasury before it can go ahead. Given his battered reputation, his lack of appreciation of the importance of institutions, and poor judgement of the economic implications of political choices, Zuma’s last card will not be in the direction of preserving political and economic stability, but of ensuring his personal survival – or self-destruction – at all costs.

As a country, there are many important challenges that we could be addressing – working across party political or ideological lines – including tackling our urgent economic challenges, the floundering education sector, the weak public health infrastructure, and rise in corruption -but we are unable to grapple with these challenges effectively in the face of generally weak political leadership. There is a trust deficit in society, the ethical foundations in governance are eroded, and the political system is fractious, with both the governing party and the opposition on a permanent war-path. As such, our major socio-economic problems will remain frozen while we battle with corruption and an unaccountable political elite. Overall, the year 2017 promises to be a tumultuous year on the political front, and certainly a dark one for the economy.