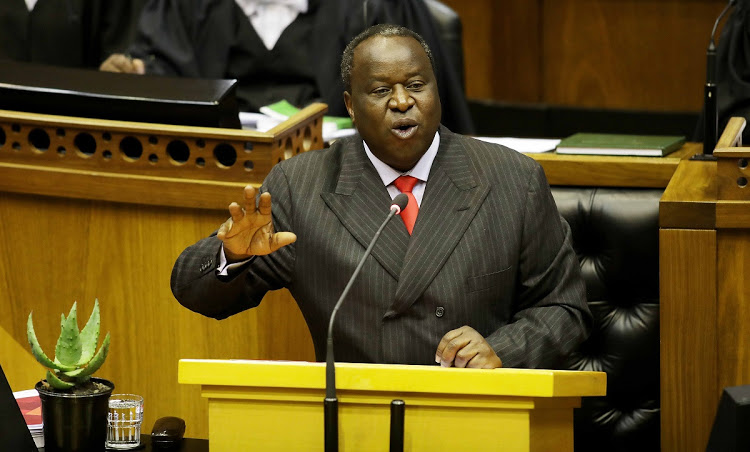 Finance Minister Tito Mboweni presented his mini-budget speech on the 30th of October 2019. The mini-budget is essentially a report that reviews the economic situation from a fiscal and monetary policy perspective, done through a budgetary lens. The speech is aimed at preparing the country and economy for the main budget speech that will be presented in February the following year.

It is widely speculated that President Ramaphosa kept Minister Mboweni in cabinet because he is a maverick who pushes a more conservative economic line and is a deeply trusted ally. Mboweni has the capacity to push through policies that would not ordinarily be acceptable to either the alliance partners or perhaps even Luthuli House. There is no denying that Mboweni faces an unenviable task that sees him required to play ‘hatchet man’ as South Africa continues to struggle against unfavourable economic conditions. The Mini Budget Speech indeed lived up to this characterisation of Mboweni. He came across as a hatchet-man with a clear sense of where he needs to administer the cuts while taking account of the dangers surrounding him but not assured of victory. The shadows emerging in Mboweni’s presentation were in the form of cutting perks for national and provincial executives, talk of cutting the public sector wage bill and potentially severing the lifeline to limping SOEs. In true Ramaphosa style, Mboweni was more comfortable on the institutional side of things when announcing additional funding to the National Prosecution Authority and the South African Revenue Services.

The Mini Budget as a Signalling Mechanism

Unlike the Budget Speech scheduled for February 2020, the Mini Budget statement serves essentially as a signalling mechanism to both domestic and foreign constituencies. Over the medium-term, expenditure will continue to outpace revenue, but as a share of GDP, the main budget balance is projected to decrease from a 2019/20 low of -4.71% to -4.28% in 2021/22 (see graph below). The 2019 Mini Budget statement was particularly important to all constituencies in two main areas: interventions around State-Owned Enterprises and measures to reduce spending. Minister Mboweni was fairly conservative and cautious on both these matters. As already indicated, this has to do with the competing pressures within the body politic. However, the Minister’s candidness about the real state of the economy was welcome. The pronouncements around the visa regime were well received, though the changes will not address the choking immigration restrictions around the movement of businesspersons and skilled personnel.

Eskom: The Elephant in the Room

As expected, Minister Mboweni did spend some time on SOEs in general and Eskom in particular. Unsurprisingly he indicated that the power utility posed the biggest threat to the fiscus and implied that Eskom’s survival is intertwined with that of the country’s economy. In other words, Eskom is too big to fail and must be bailed out, to the tune of tens of billions of Rands in the coming three years. The minister asserted that the price to pay would be a widened public debt to GDP ratio, which he expects to surpass the psychological barrier of 70% in the next two years.

What was glaringly lacking in Mboweni’s presentation was his characteristic assuredness. It was clear that the Minister was juggling interests and prudency. It does seem Minister Mboweni has taken heed of the fact that if he totally disregards the noises from various sectoral interests, he might expose his principal and ultimately weaken him. In this regard, Minister Mboweni shied away from making bold decisions about cutting jobs at Eskom – the same way he walked a tight rope around the public sector wage bill. Mboweni seemed to be pandering more to domestic constituencies, specifically the alliance partners and the anti-Ramaphosa faction within the ANC. A case in point was his indirect allusion to not nationalising the reserve bank. Vintage Mboweni would ordinarily have been much more direct. Instead, Mboweni seemed more comfortable in engaging in ‘lawfare’, a space that his principal thrives in too.

At the core of South Africa’s recent economic challenges was impunity and the hollowing out of state institutions. Any efforts to revive the economy and rebuild investor confidence require the rebuilding of criminal justice systems. Minister Mboweni has allocated additional budgetary support to the South African Revenue Service and the National Prosecutions Authority. These efforts will help towards strengthening capacity and hopefully bring perpetrators of state capture to book. The importance of this cannot be emphasised enough. Having high profile, politically exposed persons being arrested, prosecuted and convicted will assure not only South Africans but also foreign investors that the Ramaphosa administration is committed to fighting corruption beyond the rhetoric.

The country’s attention now turns towards Moody’s decision on Friday. If one was to hazard a prediction, should Moody’s locate Minister Mboweni’s statement in the context of the bigger picture, South Africa will escape a downgrade. However, there will likely be reservations around the seemingly nonchalant attitude towards Eskom and the rapid shift in public debt to GDP breaking through the 60% barrier, indicating a potential debt sustainability risk. Moody’s might also express a desire to see the wheels of justice turning much faster than they are at this stage.