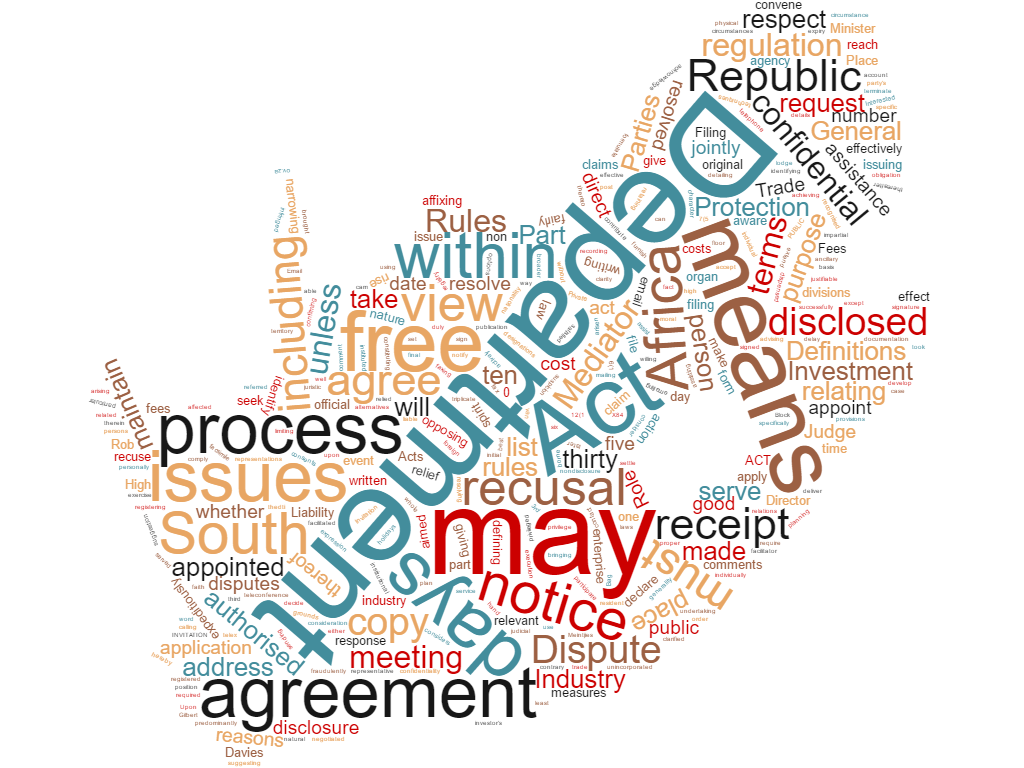 On December 15 2015, President Jacob Zuma assented to the controversial Protection of Investment Act when much of the South African public was on a festive holiday break. This piece of legislation is meant to replace the bilateral investment treaties that SA terminated in 2012, resulting in consternation and outcry from the international investment community based in the country.

Zuma’s approval of the act brought the policy debate about the termination of these treaties one step closer.

On December 30 2016, Trade and Industry Minister Rob Davies published the long-awaited investment regulations that will bring the act into force.

Regulations lie within the purview of the Department of Trade and Industry and are not subject to a parliamentary process, so Davies is empowered to exercise his discretion on what to include in or exclude from the regulations. These regulations have been published for public comment, open until the end of January.

All investors should seek to understand what the regulations entail, and to what extent they ease or worsen investment regulation.

On the face of it, the new investment regulations seem to be of a general nature, aimed at explaining or putting into operation the entire law, as is the norm.

However, a closer look reveals they are actually aimed at putting into operation only a section of the Protection of Investment Act, section 13, which deals with dispute settlement. It is unusual to find regulations that are only focused on a particular aspect of legislation.

The reason for this focus lies in the political economy surrounding SA’s review of its international investment regulatory framework. At the core of this review, which ultimately resulted in the termination of bilateral investment treaties, was the dispute-settlement mechanism, which afforded foreign investors recourse to investor state arbitration.

This meant a foreign investor could sue the South African government outside the country at an ad hoc forum made up of independent arbitrators. The government’s decision to review its policy was informed by the 2010 Foresti case in which the government was sued by a group of Italian investors who were challenging the country’s black economic empowerment legislation.

The termination of bilateral investment treaties removed the right of foreign investors to access investor state dispute settlement. This led to serious concerns among foreign investors about the protection of their investments if they are left at the mercy of domestic courts.

While SA has a well-functioning and independent judicial system, investors have a genuine concern that since SA is still a relatively new democracy, there is a possibility the courts could be compromised for political expediency, especially in the context of SA’s neighbourhood and history.

While the act already indicates that the department will be the institutional home for the mediation process, the provisions in the recently published regulations reflect a disturbing scenario in which it will have access to the documents presented in a confidential mediation process.

The department’s access to such documents might create a negative perception that it, as a government agency, could be tempted to look at the documents.

Considering that some of the documents presented could include privileged firm-level information, the department might be faced with a conflict of interest or, at the very least, a perception thereof.

The investment rules provide that all documents presented during the mediation process will be embargoed and never used for any court process, but this is not convincing if the department has custody of the documents.

The regulations state that the evidence and arguments presented at the mediation process cannot be used in a court process that might emanate from the dispute.

While this is standard practice in mediation, the fact the documents will be kept at the department, which is not a court, raises concern about the maintenance of strict confidentiality. Instead of having the department as the custodian of the mediation process, it would have been best to have court-annexed mediation.

Court-annexed mediation is quite popular in jurisdictions such as Australia and was incorporated in the South African justice system a couple of years ago. It has proven to be quite successful in family and divorce courts. Besides the integrity of the courts adding weight to the process, court-annexed mediation would have remedied the shortcomings of the dispute-resolution mechanism.

Mediation is meant to reach a consensual decision, with a mediator playing a facilitative role. A mediator as opposed to an arbitrator or judge cannot impose a solution or judgment on the parties.

It is difficult to imagine that in an investment dispute where there are allegations of expropriation, the parties could reach a decision by consensus. It is therefore disturbing to note that a process best suited to family disputes is being employed for resolution of investment matters.

The government could have created specialised investment courts in which mediation would be the first process, followed by arbitration should the former fail.

Arbitration would help facilitate reaching a final decision in a more expeditious manner. Decisions emanating from arbitration could then be appealed at higher courts, as is the case with labour disputes at the Commission for Conciliation, Mediation and Arbitration.

Can it be argued that the department is far off the mark in dedicating so much time to developing mediation in investment disputes? The answer is yes and no. It is highly probable the department is trying to follow the advice of the World Bank’s investment climate facility, which is led by alternative dispute-resolution enthusiast Roberto Echandi.

The facility has been advocating for the use of mediation in resolving investment disputes at a domestic level. These efforts ignore the reality that the World Bank’s own International Centre for Settlement of Investment Disputes (Icsid) seldom uses mediation. There are dozens of mediators on the World Bank’s Icsid list who have never been used as mediation suffers from benign neglect.

Investment disputes are a high-stakes game and due to the adversarial nature of the parties involved, mediation becomes an extremely unattractive option.

The investment regulations published by the department can, however, provide an inclusive point of departure on how best mediation, together with arbitration, could be utilised to resolve investment disputes at a domestic level.

It is important to commend the progressive spirit of the department and, by extrapolation, the World Bank’s investment climate facility, in striving to adopt alternative dispute resolution in the investment sphere.

Considering that the department has published the investment regulations for public comment, foreign investors and other stakeholders should not miss the opportunity to submit their concerns.

It is hoped the department will be open-minded and creative in this process, for the benefit of investors and SA.

The regulations could be either a bane or a boon for foreign investment in SA, depending on the quality of the comments submitted and the department’s reaction to them.

As things stand, the regulations do not improve the status of foreign investors.