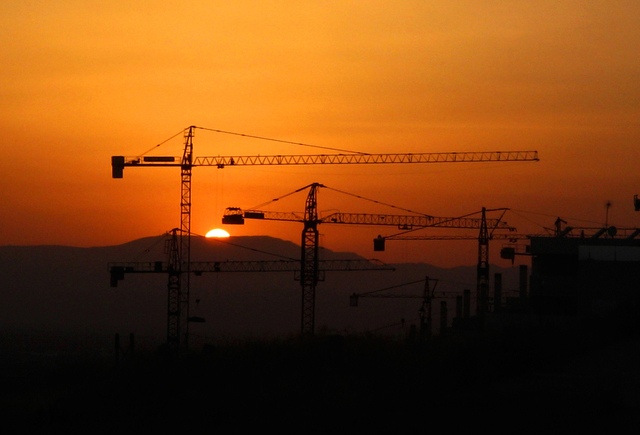 The debate about the role of the state in driving development is receding from the centre of policy thinking in the developing world, with the pendulum swinging to free markets and liberalisation. This is especially so as pressure intensifies for structural reforms to stimulate growth.

Any mention of the “developmental state” in SA today is likely to induce a yawn, especially in the context of intimations of state capture by business people with links to President Jacob Zuma’s family. This and the waning hope in the state’s capacities to drive long-term change is foreclosing any creative thinking about the appropriate role of the state in driving a credible developmental agenda.

This, however, remains an important goal to pursue in the face of deep-seated socioeconomic difficulties confronting SA. In thinking about lessons SA can draw from other countries that have experimented with development models, Vivek Chibber, the Marxist sociologist from the University of New York, offered some interesting perspectives at a public lecture co-hosted by the University of Johannesburg and the Mapungubwe Institute for Strategic Reflection.

Chibber made a forceful point that the state needs to play a central role in driving economic development in SA, taking cues from India and South Korea on what should and should not be done. He explained that these two countries exhibited commonalities and systematic divergences.

In both cases, he said, the state played a piloting role, but India later diverged from this path in ways that delayed its industrialisation. Chibber attributes the shift in India to the refusal of its private sector to be yoked under the state’s disciplinary hand.

According to him, structural change and development are driven by the kinds of industrial planning in which subsidies and other incentives could be given by the state to the private sector in exchange for performance outcomes. Where such outcomes are not forthcoming, the state should use the stick to corral the private sector.

Raghuram Rajan, the governor of the Reserve Bank of India, takes a different, yet also rather extreme view. In a lecture two weeks ago, Rajan made a spirited case for free markets and suggested the state should simply get out of the way.

This view is informed by a heuristic bias that government failures are the only stumbling block to growth and development, and is blind to the persistence of market failures, especially in undertaking investment in new areas of innovation or even undertaking industrial upgrading.

Buoyed by India’s high-growth performance, Rajan sees the state’s role as limited to facilitating the dynamism of the private sector. On industrial policy, he argues: “Let us not encourage anything; that might be the surest way of killing it. Instead, let us make sure we create a good business environment that can support any kind of activity, and then let our myriad entrepreneurs figure out what new and interesting businesses they will create…. Similarly, let us enable business activity, but not impose too much design on it.”

Many of the things Rajan proposes are sensible and have been put into effect in other countries with success: improving productivity and competitiveness; building infrastructure; improving human capital with better schools, colleges, vocational and on-the-job training; simplifying business regulation and taxation; and improving access to finance to stimulate entrepreneurship. But this is only half the story if we are to improve inclusive development in the long term.

There is room for industrial policy measures of a soft kind that rely more on public investment in innovation and strategic collaboration between the state and business in improving economy-wide competitiveness. Pragmatic thinkers on industrial policy make a convincing point that to produce better outcomes, private initiative should be realised within a framework that encourages diversification and technological dynamism.

Further, market forces and private enterprise should be unleashed alongside an intelligent co-ordinating role for the state in the infrastructure and productive spheres.

To ensure that growth is inclusive, the state has an important role to play in the economy. Policy sequencing in SA is key. Urgently, we need bold structural reforms to get the macroeconomic environment back into shape. Further, there is a need to take determined measures to improve institutional and technical capacities within the state, restructure the operating environment of state-owned enterprises, parlay investments into infrastructure to lift confidence, and explore creative and productive avenues to co-invest with the private sector.

In her work, The Entrepreneurial State, Sussex-based economist Mariana Mazzucato argues for a different conceptualisation of the role of the state in driving long-term development. Despite her proclivities towards an activist state, she argues that the idea of “picking winners” is a narrow way of thinking about industrial policy. She proposes instead that the state should focus its efforts on nurturing technological change through public investments; creating a network of willing market agents that can collaborate with the state including through private-public partnerships; and experiment, learning and even failing — all in the direction of creating positive outcomes, from which taxpayers can reap some of the rewards from the upside, rather than just derisking the downside.

Currently, it is difficult to achieve any of this in SA in light of the fact that there is a lack of policy credibility and the democratic state is gradually being transformed into a mafia state. The dearth of technical capacity within the state is another constraint.

For the state to be effective, ethics of governance, beginning with the president and the executive, must be improved drastically. This requires some broadly shared expectation of the kind of leaders that are appointed in the various spheres of government. Meritocracy in the public sector should be entrenched. The level of qualification, experience and standing of politicians in society should be important considerations. Such leadership would need to be driven by a moral imperative of improving the living standards of the citizens and building institutions that enable them to achieve this goal.

As Lee Kuan Yew, the founder of modern Singapore, once stressed: “To get good government, you must have good people in charge of government.” In his view, there is a need for both the right institutions and the right calibre of leaders and technocrats in order to get a credible government. For example, SA has a most progressive Constitution on paper, and an impressive array of institutions, but the quality of political leadership and depth of technocracy at the top level leave much to be desired.

SA is still a long way from becoming a developmental state in view of its teething problems. We don’t have elites who are driven by long-term developmental considerations. Instead, they are predatory. President Jacob Zuma’s relationship with the Gupta family might be the face of this tendency, but the rot in the state is much deeper.

We have no idea yet of the extent of the plundering that is taking place under the radar in public institutions including state-owned enterprises. Improving governance and making it more transparent and accountable, insulating the state from corruptive influences, and suffusing it with the right competencies, would provide a sound basis for building a developmental state.