The World Economy After Davos 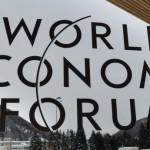 Two thousand five hundred participants, protected by 4000 Swiss troops, gathered in Davos in late January to chew the cud on all matters “global”. The mood reflected the clear blue sky above the snow-capped peaks. The chatter was mostly about Europe and the West, and less about the Rest. Gamely, we sloshed about in the snow and endured multiple security checks while commuting between events. And everyone was cheery at the farewell soirée on the “magic mountain”, the setting for Thomas Mann’s eponymous novel.

Indeed, the prevailing mood was more upbeat than at anytime since the outbreak of the global financial crisis. This year’s “Davos consensus” was that the worst was over: the Eurozone crisis had receded, and better times were ahead for Europe; the US had averted its fiscal cliff; and Japan, with freshly-minted “Abenomics”, was dashing for growth. I, however, remain very sceptical of this year’s Davos consensus.

The Davos consensus was most pronounced on macroeconomic policy. Practitioners and experts displayed shades of grey on fiscal policy. Christine Lagarde, reflecting the official IMF position, argued for fiscal “consolidation”, though “paced” to prevent austerity-choking recovery. Others argued for looser fiscal policy. I hardly came across anyone who held out for more stringent austerity to reduce public-debt mountains in the West that now rival the Alpine peaks surrounding Davos.

The consensus was firmer on monetary policy. Near-unanimously, luminaries favoured continued monetary expansion. They applauded rock-bottom interest rates and recent rounds of massive quantitative easing by the Federal Reserve and the European Central Bank, as well as QE by the Bank of Japan. Many saw room for much more QE. Some experts predicted the politicisation of central banks, “coordination” of fiscal and monetary policies, new central-bank macroeconomic targets (in addition to inflation targets), the return of inflation, more capital controls, and even creeping financial deglobalisation as a result of new intrusive regulation. And some even held up Japanese Abenomics – coordinated expansionary fiscal and monetary policies – as a role model.

I found this talk deeply worrying. Policy-makers and macroeconomic experts are clearly willing to tear up the rulebook written since the 1970s. Central-bank independence and inflation targets were adopted to defeat the scourge of inflation. Fiscal rules, such as a balanced budget over the economic cycle, were adopted to restore order to public finances.

Post-GFC, carefree incontinence has taken over from attempts at prudence. Escalating public debt (over 80 per cent of GDP in the EU – close to 450 per cent of GDP if unfunded debt on pensions, social security and health care is included – over 100 per cent in the US and 220 per cent in Japan) is considered “manageable”, as is the huge expansion in central banks’ balance sheets. This is dangerous complacency, given the medium-term consequences for inflation, interest rates and taxation. It sends all the wrong signals for saving, investment and entrepreneurship – wealth-creating activity, in other words. As the venerable economist Jacob Viner put it, the “short view” has replaced the “long view”; myopia has become the long view. He was referring to Keynesian policies in the decades after the Great Depression. But his analogy fits today’s circumstances.

Where does this leave Asia? The answer is, with the exception of Japan, in much better shape than most advanced economies. Generally, Asian countries have quite low budget deficits and low levels of public debt (under 30 per cent of GDP on average). They are growing strongly – at about 7 per cent, compared with 1.4 per cent for advanced economies, according to the latest IMF foreacasts for this year. And they are enjoying a “shift to the East”: short-term divergence of economic performance is accelerating the long-term convergence of Asian emerging markets on the West.

However, market reforms have stalled in most Asian countries. They still have repressive business climates that restrict domestic and foreign trade and investment. They have bloated public sectors and especially restrictive markets in finance and energy. With the exceptions of Hong Kong and Singapore, not one Asian country is in the top 10 of the World Bank’s Doing Business Index. Only five others (South Korea, Taiwan, Malaysia, Thailand and Japan) are in the top 25. The rest are way behind. Generally, Asian economic institutions – public administration, enforcement of property rights and regulatory authorities, for example – are weak and keep business costs high. Hence pervasive complacency on market reforms should temper sunny Asian optimism.

Now I will turn to the Big Three in the world economy – the US, EU and China. This time I want to look beyond the short-term to their medium-term prospects.

Start with the EU. The new conventional wisdom is that EU leaders have saved the euro. But my sense is that this is a period of calm before another storm. Only the ECB’s massive injection of liquidity into European banks, and its open-ended guarantee to buy distressed sovereign debt, saved the euro and keeps it afloat.

There are three reasons to doubt the euro’s survivability. First, ECB “firepower”, in addition to bailout funds in the European Stability Mechanism, may not prove to be enough, given governments’ and banks’ addiction to an open tap of cheap money. Second, common fiscal rules will never be automatic. Inevitably, they will be bargained over and watered down to a low common denominator, and broken by countries unwilling or unable to stick to the rules. Third, fiscal union and other centralised policies may prove to be disastrous political hubris. This latest march of top-down integration goes deep into national fabrics of taxation and expenditure. It could spark populist backlashes.

To me, the EU faces two scenarios: either perpetual fire-fighting to save a dysfunctional currency for many years, perhaps decades, ahead; or the euro will break up sooner or later. Moreover, the EU collectively has made scant progress on structural reforms. Reforms have started in its southern periphery, but they are modest by global standards. Much of Europe remains saddled with unsustainable levels of debt, taxation and welfare-state entitlements.

Like the EU, China has mounting structural economic problems that, if not addressed, presage a major growth slowdown and possibly a crash.

For several years now, Chinese industrial-policy activism to promote state-owned enterprises has trumped market reforms. To combat the GFC, there was a supercharged fiscal and monetary stimulus, directed mainly at SOEs via state-owned banks. These measures have reinforced the public sector, which guzzles capital and energy but employs only 13 per cent of the workforce, at the expense of the much more productive, labour-intensive domestic private sector and multinational enterprises. At the same time, China’s “demographic dividend” is coming to an end as the percentage of the workforce in the total population begins to decline.

Hence China’s economy needs to “rebalance”. Savings and investment need to decrease as a proportion of GDP, and the efficiency of investment needs to increase, as does private consumption. This demands supply-side reforms, mainly in “factor” markets for capital, labour, land and natural resources. But these reforms are elusive – much more difficult than previous product-market reforms — for they would strike at vested interests at the heart of China’s Party-State.  That applies in particular to the nexus between SOEs, state-owned banks, and government and Party officials.

In my view, market reforms to rebalance growth and make it more sustainable are unlikely to materialise soon, at least in sufficient depth. Over the next decade, China will likely face a major growth slowdown, perhaps down to 5-6 per cent per annum, along with increasing conflict between a restless, marketised society and authoritarian politics. That will also make China more difficult to handle regionally and globally.

That leaves the US. The conventional view is that it has escalating public debt and a gridlocked political system.

There is a giant question mark hanging over public debt. Nevertheless, the US has “deleveraged” more than Europe since the GFC: households and banks have sharply reduced their debt burdens. Also, the economy is undergoing three structural transformations: an energy revolution based on shale oil and gas; a manufacturing revolution based on advanced-materials technology; and a services revolution, which will allow US multinationals to serve the burgeoning middle class in Asia. All three revolutions are not happening in the EU, China or elsewhere. They are testament to the underlying dynamism of American society, based as it is on secure private property rights, free enterprise and the free circulation of ideas.

This article was first published in the Straits Times of Singapore

This site uses Akismet to reduce spam. Learn how your comment data is processed.