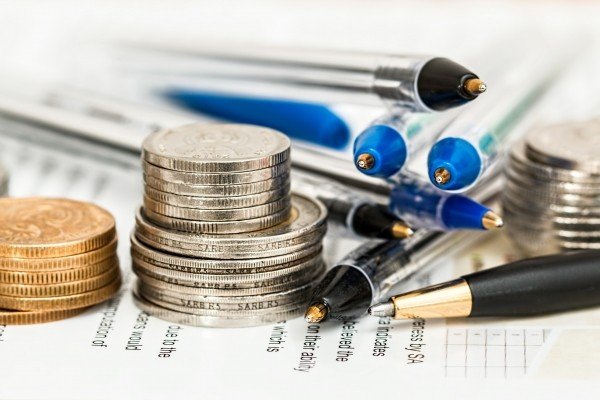 The carnage wreaked by Covid 19 to what was an already economically anaemic Mzansi is self-evident. Poverty and unemployment are at an all-time high and the economy is expected to shrink by more than 7% this year. By all standards South Africa is in a state of economic emergency, and, like in all emergencies, policymakers should implement what may be unpopular but nonetheless necessary measures to pluck the country out of the present economic quagmire.

While not a panacea on its own, massive foreign and local investment is critical and could help (together with other measures) propel the country to pre-Covid 19 lockdown levels and enable it to begin a new trajectory towards significant growth in the shortest possible timeframe. To this end, creating a conducive atmosphere for foreign direct investment inflows and the deployment of local investment is imperative. South Africa needs to position itself in such a manner that allows it to perform well in an increasingly competitive global trade and investment climate powered by innovations in the digital space.

It is in this context that the economic reconstruction and recovery plan recently announced by President Cyril Ramaphosa is a most welcome development. Among other objectives, the plan aims to create jobs (primarily through aggressive infrastructure investment and mass employment programmes); reindustrialise the economy, focusing on growing small businesses; and accelerate economic reforms to unlock investment and growth.

The drive to unlock more than R1 trillion in infrastructure investments and to ensure energy security within two years as well as the focus on reduction of data costs and expansion of broadband access to poor households is particularly commendable. This is because investors, both domestic and foreign, are naturally hesitant about investing in countries where basic requirements, such as roads, health services and utilities are inadequate.

As such eliminating power supply challenges and load-shedding in South Africa is a priority. It is unstainable for investors to have to provide their own back-up generators etc as this increases the costs of doing business and reduces the rate of return on investment, thus turning away both types of investors.

Some of the challenges hampering efforts to attract investment have to do with the regulatory framework. It is worth noting that the economic reconstruction and recovery plan includes removing regulatory barriers that create inefficiencies and the fast-tracking of certain regulatory processes. For instance, the aim is to reduce timeframes to obtain mining, prospecting, water, and environmental licenses by 50%. An enabling regulatory environment is critical for the objectives of the plan to be achieved. In this regard and in light of the current fourth industrial revolution, regulations particularly in the ever-evolving digital space must be carefully considered and implemented.

Finally, as an economic giant in Africa, South Africa is well-positioned to play a pivotal role in creating a positive environment attractive for investment domestically and to advance such best practices on the continent through the African Continental Free Trade Area, among other initiatives.

While global foreign direct investment (FDI) trends have halved, with global FDI flows dropping 49% in the year to June 2020, and 28% across Africa, South Africa saw an encouraging increase of 24% with a total of $ 2.9 billion in inward FDI. Of this total, $1.8 billion resulted from one transaction, the purchase of Pioneer Foods by global powerhouse PepsiCo, in a deal announced in June 2019, but completed early this year, according to the UNCTAD semi-annual Investment Trends Monitor published last week.

Welcome as this investment is in showing the potential of South Africa as an investment destination, the reason for Pepsico’s purchase is even more encouraging. Pepsico intends to use Pioneer Foods as the anchor to grow its brands in South Africa and across sub-Saharan Africa. This is the role that South Africa, the most industrialized economy on the continent, with its deep financial markets, strong bench of managerial talent, and a major transport and logistics hub should be playing far more strongly.

The promise that the South African democratic transition offered to sub-Saharan Africa in 1994, was to serve as an African beachhead into global markets. Sadly, this opportunity was not taken up, and South Africa’s economic growth performance has over the last decade actually lowered Sub-Saharan Africa’s growth performance, as our economy lagged that of the region as a whole.

President Ramaphosa’s commitment to increase investment levels, including FDI by $100 billion over five years signaled the intention to turn this sad situation around, and this has been followed by other welcome pronouncements and targets with respect to infrastructure and other important sectors.

While the investment targets were appropriately ambitious, progress to date has been tepid, and Covid-19 has finally put to rest any hopes of meeting them. However, the value of the first half FDI performance in terms of keeping South Africa on investors’ radar reminds us of the importance of keeping focused on this issue as a critical element of getting South Africans back to work and getting growth back into South Africa’s economy.

The most widely cited measure of attractiveness to international investment is the World Bank’s Ease of Doing Business indicator. This ranking compares the opportunities and burdens resulting from laws and regulations governing a typical medium-sized business operating in a country.  It has been published annually since 2007, covering an expanding number of countries 178 in 2007 and 190 in 2019. Its rankings are comparable across countries in a given year, but not across years, as the compilers have continually adjusted the collection methodology to more accurately reflect what is important for businesses and investors. (For example, when they first looked at electricity, they counted how long it took, and what it cost for a business to get an electricity connection. Now they look also at what happens if you turn on the switch – does electricity actually flow!)

The Ease of Doing Business measure provides a useful measure of how well South Africa has kept up with the competition, and also a useful guide on what the best performers are doing, as a template for us to follow. In 2007, South Africa ranked 35 in the world, second only to Mauritius in Africa. In 2019, after more than a decade of competitive global reform, South Africa dropped to 84 globally, and in Africa, Rwanda and Kenya had joined Mauritius in providing a better regulatory environment for their businesses than South Africa does.

President Ramaphosa has set a team to lead an aggressive reform effort targeting the business regulatory environment. Progress to date has been slow. Getting this right, in an area where much implementation can be achieved, if the will is there, simply “by a stroke of the pen”, will be a key contributor to getting South Africans back to work, and to helping Minister Tito Mboweni to balance his figures over the coming years!