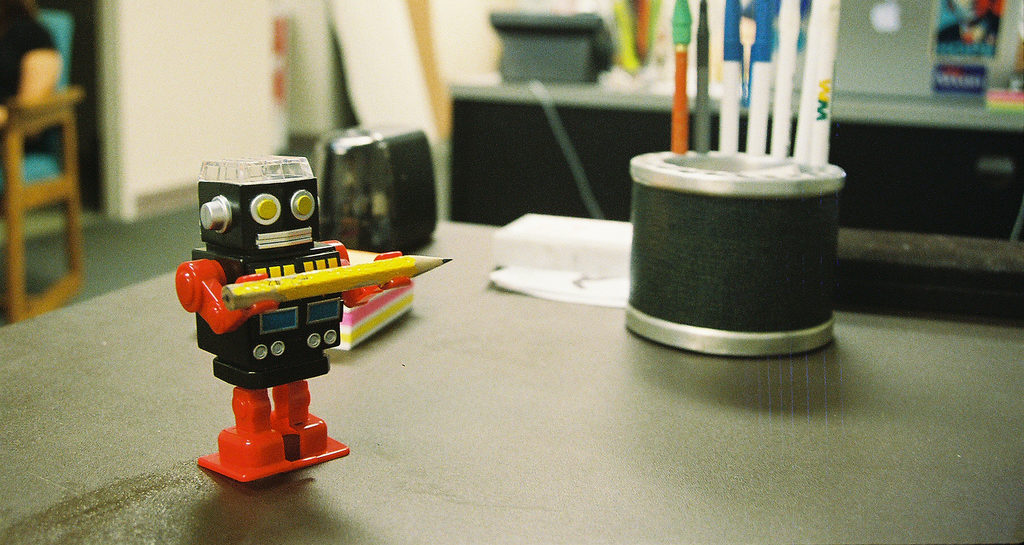 Conversations about the fourth industrial revolution often revolve around the negative impacts thereof and how woefully unprepared we are. This debate was brought into sharper focus after Donald Trumps’ victory as the media and academics scrambled to find out why people voted for a man running on a mercantilist platform. As it turns out a lot of people were ‘left behind’, or at least felt that way, in an economy that had marched forward; the private sector had leveraged free trade and automation with government having almost no plan to assists or redeploy those affected by the rapid changes. Now that most people are nodding in agreement, the narrative is changing; governments should be better prepared for these disruptive forces, but what does this mean?

The impact of industry 4.0

Advances in the fields of nanotechnology, biotechnology and material sciences are staggering! Ever heard of Graphene or Navacim? Development of these technologies is in itself a huge leap forward, but we’ll only really know the full extent of their impact once they are absorbed into other industries. This requires scale and commercialization, which at the moment is just out of reach. On the other hand, rapid advances – especially in the biotech industry – are forcing some developers to consider the moral implications of their breakthroughs. However, advances in other fields; like robotics, energy storage, autonomous vehicles, the internet of systems and 3D printing; are already available and some have already entered the market.

As the potential benefits of employing these technologies could far outweigh the risks, staggered labour market shocks can be expected when they are absorbed. In some occupations, clerical work for example, human operators are a big liability, exposing a system to errors, fraud and misunderstandings; things that can be eliminated in a completely automated system. Companies who embrace the advances are likely to be more competitive than those that don’t. It would also mean that the ultimate survivors are those companies that don’t rely on human capital.

We could just as easily see the ‘ironies of automation’ where the systems are less efficient than initially thought but would only be realised after long term operation. At this point it’s hard to tell, as there is a surprising amount of social elements that need to be explored when technologies are introduced alongside human counterparts, but we’re certain at least that more tasks will be automated.

In time the net effect of these emerging technological break throughs will likely translate into large scale labour market disruptions but the extent will depend on the scalability, economic viability, absorption rate and whether or not there’s any room for symbiosis with current occupations. But as more parts of manufacturing value chains are automated, the demand for unskilled and semi-skilled labour will decrease. If left to market forces industry 4.0 will further increase inequality as highly skilled and educated innovators are rewarded for their efforts, alongside those individuals with the capital to invest in risky start-up ventures and large scale research and development projects.

Most advances in technology make our jobs easier; we don’t have to dig individual holes for each seed we plant, we plough and seed an entire field in a matter of hours using mechanical muscle and possibly satellite guided farming equipment. This leaves us with more free time, presumably to develop other skills and satisfy our needs, but at some point certain jobs become so easy that we really don’t have anything to do anymore. Technological advances have always caused disruptions like this but it’s the first time that we’ve seen this many industries and occupations become vulnerable in such a short time span. Think of it as a massive productivity shock which can make humans the least productive part in most manufacturing chains.

Folklore suggests that humanity ultimately loses this battle and is left behind with our old means of production while the machines march on. But people are uniquely equipped to adapt, and as opportunities disappear from one segment of the economy, people will migrate to pursue opportunities in another. We’re already seeing such a migration.

The opportunities of digital trade

Digitalisation is a ‘cross-border trade’ game changer, and while there are significant threats and disruptions, massive opportunities are created. According to McKinsey Global Institute, the value of data flows has overtaken the value of global trade in physical goods. Cross-border data flows transmit valuable streams of information and ideas in their own right, and also enable the movement of goods, services, finance, and people such that virtually every type of cross-border transaction now has a digital component.

Approximately 12% of international trade in consumer goods is now conducted via e-commerce. The total global flows of goods, services, finance, people, and data have raised world GDP by at least 10% in the past decade, adding US$7.8 trillion in 2014 alone, of which data flows accounted for $2.8 trillion.

As such, harnessing the power of digitalisation should be a top priority for policy makers and business everywhere particularly developing countries with massive economic inequalities. Digital trade presents an opportunity for shared global economic growth and allows many start-up companies to become global players even while they are still micro-enterprises.

What’s a government to do?

It’s worth noting that most online service providers, like Airbnb and Uber, initially operated in a largely unregulated space giving them the opportunity to quickly gain market share over traditional, more strictly regulated, service providers. Frustrating as it may be, legislators need to continue regulating markets and technologies as they are introduced to the economy rather than trying to primitively introduce regulation to protect traditional markets which has a smothering effect on industry innovation. Government efforts should be focused on identifying crosscutting issues in industry 4.0 and introducing legislation that will create an enabling environment to further increase competitiveness.

This entails, inter alia, more investment in education (especially in the STEM – Science, technology, engineering and mathematics – disciplines) in order to promote digital literacy and spur innovation; revamping tax policies to reduce or eliminate customs duties on ICT infrastructure in order to reduce internet access costs; and ensure affordable data charges with a view to enhance access to the internet and creation of new platforms and/or participation in the world’s biggest digital platforms such as Alibaba, Amazon, and eBay, amongst others, which are enabling millions of SMEs around the world to seize cross-border opportunities.

There certainly will be losers. The challenge for policy makers is to ensure that more winners than losers are made. Without doubt, the well-connected and digitally literate will swell the ranks of winners.