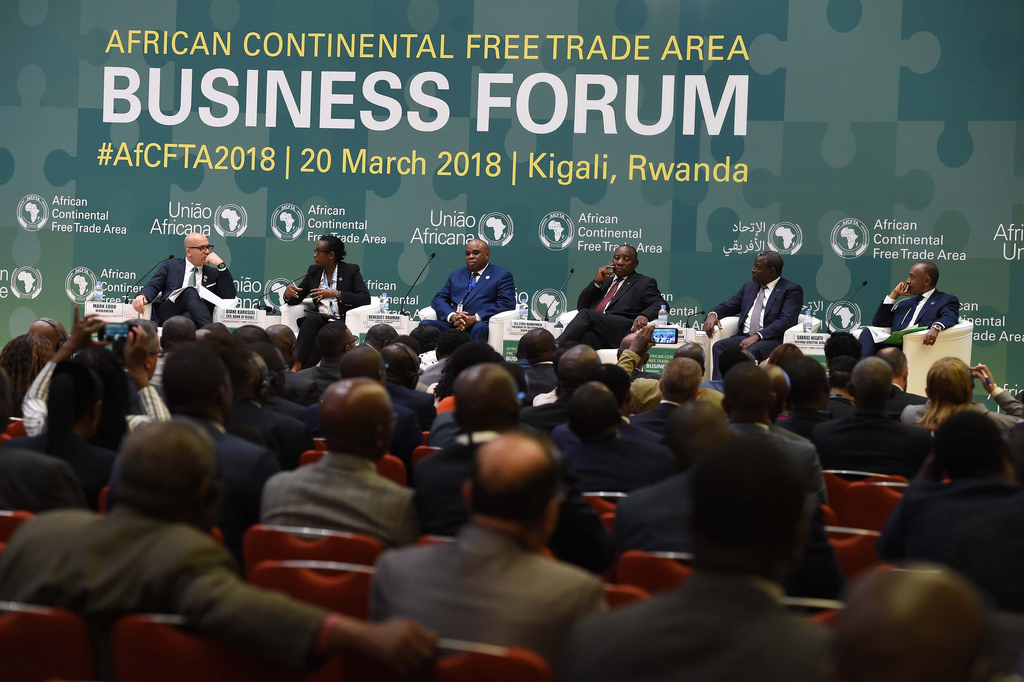 A triumph! Despite one of the biggest economies in Africa cancelling their trip to Kigali, the signing of the AfCFTA went ahead as planned. The absence of Nigeria did not deter other leaders from attending, particularly from other economic giants on the continent such as South Africa and Kenya, who were represented by their respective Heads of States.

The AfCFTA is the first agreement of this size to be concluded by the continental leaders. Now that the leaders have signed this agreement, what next? 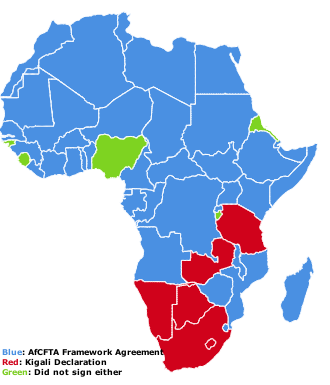 At Kigali Rwanda, three documents were set to be signed:

Of the five SACU members, only Swaziland signed the AfCFTA and the Kigali Declaration while the remaining members (South Africa, Botswana, Namibia and Lesotho) signed the Kigali Declaration. South Africa cited its parliamentary process as the main reason for not signing the Framework Agreement, but only the Kigali Declaration. In terms of section 231 of the Constitution of the Republic of South Africa, the negotiating and signing of all international agreements is the responsibility of the national executive. As such, “an international agreement binds the Republic only after it has been approved by resolution in both the National Assembly and the National Council of Provinces.” The AfCFTA requires ratification and just signing the agreement is not sufficient. Thus, for South Africa, the AfCFTA needs to go through a parliamentary process before it can be ratified. The 160-day hourglass is already running out for South Africa.

SACU members that did not sign the agreement may be politically motivated, in that they follow in the footsteps of South Africa as SACU members. However, the government of Botswana cited the unfinished status of the AfCFTA annexes – the Protocol on Trade in Goods and Services – as a motivating factor. They further cited that the AfCFTA has to go through a consultative and constitutional process designated for treaty making according to Botswana laws. At the time of publication there were no official statements from Namibia or Lesotho on why they did not sign the agreement.

However, Nigeria’s absence is still baffling. As the news media cover the President’s official line on his cancelation, being one of labour union appeasement, another reason that may have been overlooked by many is President Buhari’s protectionist campaign promoting local products. President Buhari’s not signing the agreement may be in line with an opposition to the CFTA that will open Nigeria’s markets to foreign goods, hindering local entrepreneurship and encouraging dumping of finished goods. But will Nigeria remain on the fringes while the rest of the continent moves ahead in negotiating the outstanding provisions?

The signing of the AfCFTA sets the wheels in motion for Africa’s integration process and boosting intra-African trade. But with Africa’s two biggest economies yet to insert their signatures, the first dissenters might just be harbingers for what’s yet to come as we await the critical mass of ratifications and the outstanding negotiations. Overall the rest of Africa is sending a positive message to the other members that the agreement will enter into force and carry on forward.