What’s Next for the ANC? 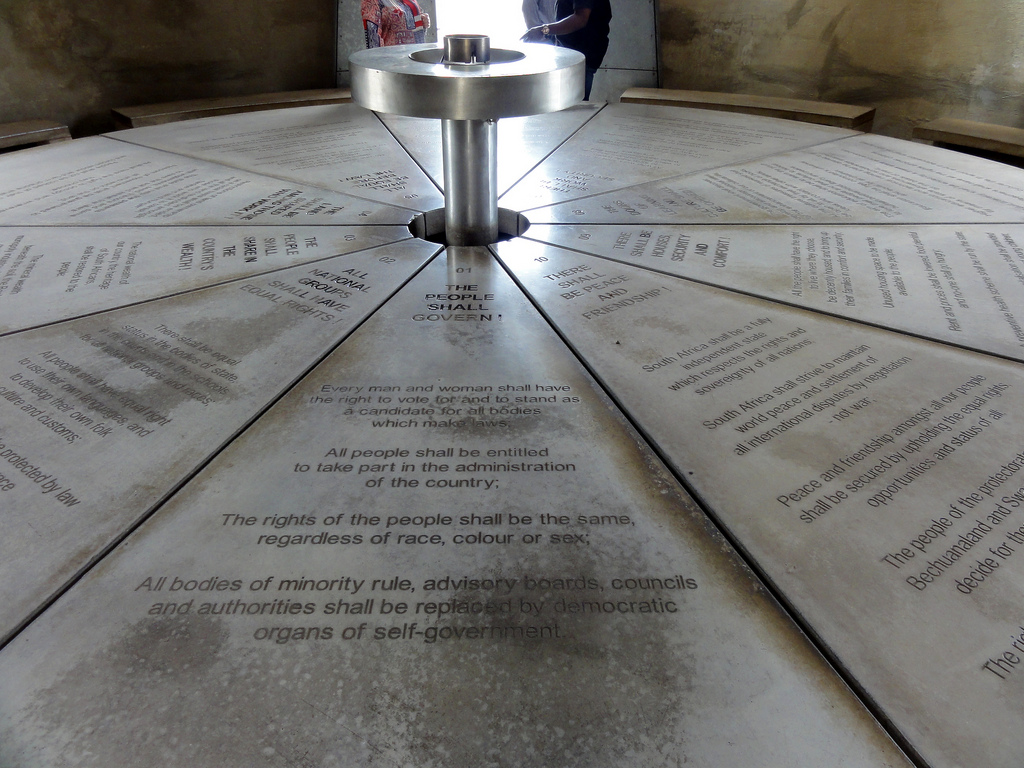 What’s Next for the ANC?

President Zuma’s decision will have damaging consequences for the country. While this may not be immediately evident, except in the movement of the exchange rate, in time its effects will be engraved deeply on the institutions of state, on the economy, on the fabric of society, and could eventually trigger critical systems collapse.

Jacob Zuma’s myopia overlooks the implications of his political action on the credibility of his party, the ANC. He is burning its prospects for the 2019 general elections. In the process, he is also digging a political grave for himself. Many consider Zuma to be a political chess master, but his latest move is everything but skilful. Even for reasons to do with self-preservation, he could have laid low, bided his time, and struck after he had an opportunity to assess the political temperature at the ANC’s national policy conference in three months’ time. Now that he has played his ace card, and with nothing left up his sleeve, what is likely to follow?

First, on the broader macro-landscape, confidence in the economy will continue to slide. Malusi Gigaba, Gordhan’s successor, will have a difficult job in convincing the sceptical public that he is the right man for the job. The international markets will be incredulous. He is going to grope in the dark, and battle to convincingly sell the South African story to investors at home and abroad. Zuma’s faction did not appoint him for his gravity. To them he is an instrument in their hands to oil the looting machine. The critical battles won by Gordhan are where Gigaba will stumble.

It is worth highlighting some of Gordhan’s successes, apart from maintaining macro-economic stability and sustaining South Africa’s credibility in international markets: he pushed back against the Gupta family who pressured him to intercede with the banks on their behalf. He refused to approve illegal contracting between the South African Social Security and Cash Paymaster System, an arrangement that has a whiff of corruption. Gordhan has consistently stood his ground against a nuclear build programme that undermines the integrity of supply chain management rules, and that would be another treasure trove for cronies. He tightened the noose on state-owned enterprises such as SAA and Eskom, led by arrogant and unaccountable boards. It is unthinkable that Gigaba will stand up to his political boss, and other profligate ministers who see their portfolios as conferring a right to an open chequebook.

Second, all eyes will be on the bureaucrats at the National Treasury, especially the fate of Director General, Lungisa Fuzile. It is doubtful that he will stay on. Apart from Lungisa, there are other senior Treasury officials who have featured prominently in dodgy intelligence reports in the past, and have been on the frame for persecution: the head of the budget office, Michael Sachs; Andrew Donaldson of special projects, who left early this year; Kenneth Brown, the Chief Procurement Officer, who left the Treasury at the end of 2016, and Ismail Momoniat who heads the tax and financial sector unit. The Treasury team has helped to steer South Africa’s economy through turbulent times and kept at bay prospects of sovereign risk downgrade. Treasury is likely to lose critical skills, and with no prospect of replenishing them. This institution’s place in South African politics has now been significantly devalued, a situation that is reflective of generalised political decay. Possibly institutions such as the Financial Intelligence Centre and the South African Reserve Bank will be next on the firing line.

Third, apart from grim developments on the institutional front, there will be serious political implications that could potentially bring about a ray of hope. Currently, the ANC is deeply fractured and wounded. It has not been a cohesive force for some time. However, the probable political counter-movement to follow Zuma’s Cabinet reshuffle includes strengthening and consolidation of the anti-Zuma faction across the tripartite alliance. The anti-Zuma bandwagon is likely to grow in the run-up to the ANC’s policy conference and beyond.

Fourth, efforts will likely be made to frustrate Zuma through parliamentary processes. The ANC in Luthuli House, in particular the Secretary-General, and the Chief Whip in Parliament are probably conferring on their next move in clipping Zuma’s wings. A lot of what could follow is uncharted territory, with the ANC in parliament voting for the first time with the DA in a no-confidence vote. If this succeeds, it could have a game-changing effect on our politics. This would be a better route to holding the president accountable rather than relying on the secretive ANC processes that have in the past failed to remove Zuma. The net outcome would be an emboldened Parliament and a stronger democracy.

The success or failure of the vote of no confidence will depend largely on the maturity of the opposition parties, especially the DA. The DA would need to think carefully about how it mobilises support for this move. Instead of aiming to score political points for itself, it should aim to find common ground with both the anti-Zuma ANC MPs and the Economic Freedom Fighters. This will be another test of leadership and maturity for Mmusi Maimane, the DA leader. The ANC MPs should be aware that their time as parliamentarians is nearing an end, and they have an opportunity to redeem their credibility and catalyse the looming change in South African politics.

It should be possible for both the opposition and the ANC MPs to agree on installing Cyril Ramaphosa as a caretaker president until the 2019 general elections. This could allay the fears of those in the EFF who are wary of him. Julius Malema would need to suspend, temporarily, his hostility towards Ramaphosa and focus on the bigger goal, which is to stem the tide of institutional dysfunction and corruption. Importantly, Ramaphosa’s installation could help in halting further damage to public institutions, and bring about much needed stability in the country. However, he would need to seize the moment urgently and speak out, boldly take on Zuma publicly, and be counted as a leader that many South Africans expect him to be. In a sense, how the triple M – Maimane, Malema, and Mthembu – conduct themselves as mature and forward-thinking leaders could help in redefining the relationship between Parliament and the executive, and in restoring the credibility of South Africa’s democracy.

Finally, South Africans cannot rely solely on party political or parliamentary processes for democratic renewal. Civil society is the ultimate agency for change. Zuma has declared war on society and the economy. The ultimate battle can only be won on the streets, through conscious organisation, and waves of protests that are designed to make it difficult for Zuma’s government to function. Civil society will need to be disciplined and avoid turning this moment into narrow politicking or a platform for cult leaders to shine. There is a lot that is at stake, and the future is still in our hands.