A plea for the end of the ‘manel’ 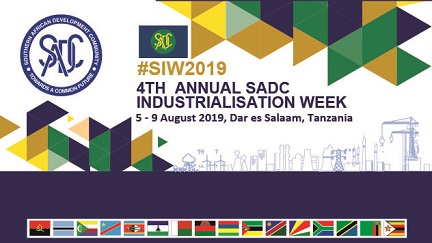 A plea for the end of the ‘manel’

Earlier this month I attended the SADC Industrialisation Week in Dar es Salaam, Tanzania and had the opportunity to learn new things. One of them was the term ‘manel’. I am a veteran of many conferences, summits and workshops dealing with international relations, trade, investment, regional development and economic governance. I have witnessed ‘manels’ before but had not picked up on this useful word to describe the phenomenon of a group of all male speakers discussing a topic, often in a way that brings to the table the interests and views of only one half of the population.

Unfortunately, the ‘manel’ does not appear to be facing extinction any time soon. There is an increasing awareness of the inappropriateness of a platform that does have a female voice but, in some instances, there is little done to remedy the situation. The organisers of SADC Industrialisation Week presumably had months to plan for the many sessions that took place over four days. It was disappointing to see that the programme reflected little effort to source capable and expert female participants for some sessions.

I simply don’t accept any suggestion that the lack of representation is because there are no females working in the areas that were covered at the event, including pharmaceuticals, mining, infrastructure development, trade, manufacturing and agro-processing. While it is true that some of these sectors remain male-dominated, it is certainly not a reflection of the real world to have a panel with no women on it. The policies being discussed impact on women and there is a need to ensure they can make input at the highest levels. In the opening session of SADC Industrialisation Week, the outgoing Chair of the SADC Business Council, Ms. Charity Mwiya of Namibia, presented a strong case for the participation of women. This unfortunately did not flow through into the rest of the event.

There are good reasons to include more women as speakers at events like SADC Industrialisation Week. They not only bring a different perspective and experiences of trade and doing business in the region, but they can have an approach that is more inclusive. Women (and some men!) can feel intimidated to raise questions and contribute to discussion if the setting appears to be exclusionary of their point of view. It can help to have at least one person that they can relate to sitting on the stage. Everyone will benefit from better quality engagement when diverse inputs are included at the event. The Harvard Business Review once reported that the collective intelligence of a group rises with the participation of more women. This is compelling evidence for gender representation, especially when trying to deal with complex regional issues.

There is a commitment in the SADC Protocol on Gender and Development to proactively work towards equal representation of men and women at all levels of decision making. It is a long-term goal to see more women at the level of Heads of State, Ministers and even as Members of Parliament. In the short-term, SADC could at least look at its own events and do away with ‘manels’.

It needs to be a conscious decision by all of us organizing and participating in conferences to fight against the ‘manel’. Women speakers can help us embrace different experiences and opinions so that there is a level of inclusivity in policy making that is still elusive at national, regional and international levels. Contributions from those who have been previously excluded are necessary if we are to achieve the objectives of inclusive, sustainable economic development. Join me in calling out those events dominated by ‘manels’ and recognizing those who make the effort to identify and invite a diverse range of speakers. You can even take the pledge at https://genderchampions.com/panel-parity.