It is hoped that African countries will soon be signing a new free trade agreement that will take the continent one step closer to its goal of economic development. 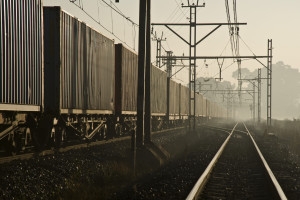 The Tripartite Free Trade Area (T-FTA) spans from Cape Town to Cairo and it will bring together three existing regional groupings in Southern and Eastern Africa – the Southern African Development Community (SADC), the East African Community (EAC) and the Community for Eastern and Southern Africa (COMESA). Its aim is to open the markets of up to twenty-six member countries, with a total of 530 million people and whose current GDP is approximately 58% of Africa’s total, by enabling the free movement of goods and eventually services.

The T-FTA is an important building block in the plans of the African Union (AU) to create a continent-wide free trade area. It is the first attempt to bring together existing regional arrangements and broaden integration that has already taken place through smaller groups of countries. Regional economic integration is a priority for Africa. Trade between African countries is currently relatively low by global standards at only around 10% of total trade. The AU has set out a plan to boost this level of trade by addressing a number of factors, such as lack of infrastructure, access to trade finance and improving trade facilitation – meaning the more efficient movement of goods across borders and to overseas markets.

The good news is that in 2014, Africa received almost $14 billion in aid for trade funding from the donor community, including from the World Trade Organisation (WTO), World Bank, EU, USA and a number of other donors. As such, aid for trade is a highly significant contribution to Africa’s development priorities and needs to be used as effectively and efficiently as possible. Aid for trade targets trade obstacles and challenges facing Africa so as to help build self-reliance and trade our way to increased jobs and wealth in the future.

Aid for trade resources are intended to increase investment in trade-related infrastructure, to address barriers to the development of productive industries that can trade, and therefore enable Africans to participate more actively and benefit from the global trading system.

No economy grows without opening up to trade, the most obvious examples being China, South Korea and Singapore. While it is always complex to deduce the exact impact of aid for trade, the WTO estimates that for every one dollar spent on aid for trade, there is a boost to a country’s overall trade output worth eight dollars. There is no doubt that aid for trade can make a significant contribution to African development and the volume of such aid is likely to continue to grow as more donors increase their allocation to this area.

However, given the volume of this aid, it is equally vital that it is well spent on priorities that are owned by Africans and that are mutually agreed with donor countries. So what should be the priorities for Africa’s future aid for trade strategy? A lively workshop was held in Johannesburg last year, sponsored by the Australian Government as part of its aid for trade programme. It brought together the private sector, government trade officials, academic trade experts and donor representatives from across Africa. It focussed in on this very question and is therefore insightful in shedding light on African priorities.

Firstly, it was agreed that it is critical that aid for trade resources be guided by the plans already put in place by African countries themselves, at the national, regional and continental levels.

Secondly, aid for trade needs to support the overarching economic development goals of Africa, especially the creation of jobs through growth.

Thirdly, aid for trade can and should be used to promote the greater engagement of women traders and small-medium sized enterprises in the trading system.

Fourthly, there is a role for aid for trade in promoting the addition of value to Africa’s natural resource wealth, including through the creation of regional value chains and industrialisation. Too often we hear of the hard work done in agriculture or resource extraction by Africans, only for the raw materials or food products to be exported to developed countries where all the value add occurs – to the benefit of foreign multinationals.

The price African coffee farmers receive for their labour compared to the price of a jar of processed coffee in developed country supermarkets is typical of this phenomena. To change this means hard work – hard work to ensure African economies have the technology and expertise to do the value add here and commitment from governments and the private sector to work together in achieving this. A great example of where this has been achieved is the recent successful creation of a diamond cutting industry in Botswana, and active programmes to link this with small-scale Botswanan jewellery designers to further add value to these diamonds.

The private sector participants were outspoken at the workshop and strongly emphasised the importance of their involvement not just in setting priorities, but also in the design and implementation of aid for trade programmes. Development assistance has tended to be the preserve of governments but trade is very much the domain of the private sector. It is therefore critical to make efforts to involve business more actively in debates on regional integration and aid for trade. Through effective public-private dialogue mechanisms, it is possible to also develop solutions that draw upon the capacity and resources of different stakeholders.

That said, the private sector identified further specific activities that should be included in future aid for trade programmes. They included: support for private sector involvement in the drafting and negotiation of trade agreements; activities to thin the borders on the continent through the provision of soft infrastructure support; reduction of transport costs; improved infrastructure at the ports, along transport corridors and in the energy and ITC sectors; the creation of storage and standard testing facilities for agricultural products; facilitating innovate financing mechanisms to support trade and trade-related infrastructure; and creative solutions to encourage the free movement of business people and labour around the continent. A key ask was to deal with red tape – reducing the cost of doing business, for example, the time it takes to register a business or reducing duplication and corruption in licensing procedures.

If well harnessed, aid for trade can provide a significant boost to progress on regional integration and increased trade in Africa. To achieve this however will require greater levels of communication between governments and business so as to create trust and a better understanding of the real issues facing business and traders on a daily basis.

This article was originally published by allAfrica on the 17th December 2014. The authors are Jim Redden, a trade and development expert with the Institute for International Trade in Australia, and Catherine Grant Makokera.