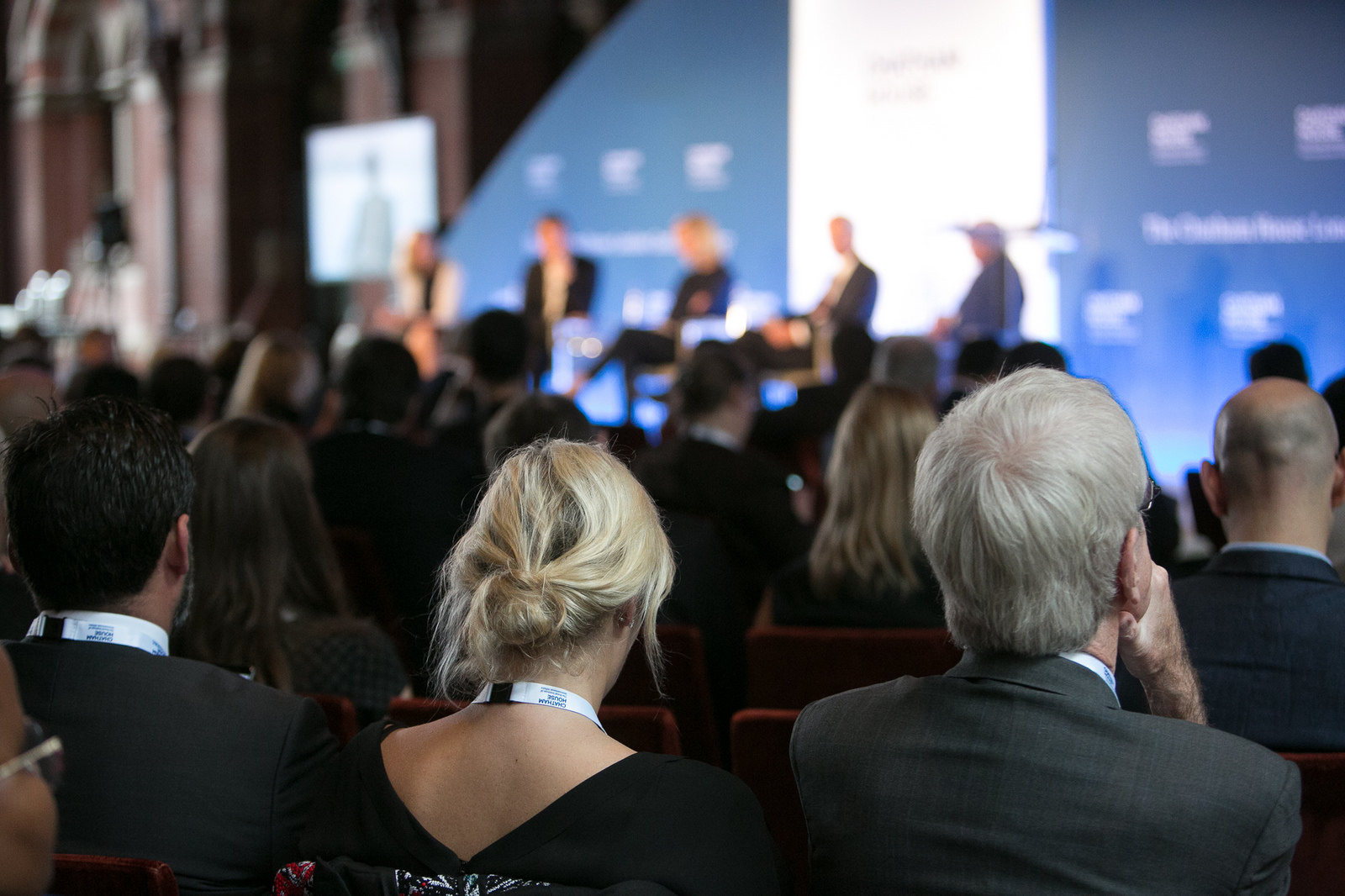 I had the privilege of attending the Annual Chatham House London Conference from the 23-24th of October 2017. This particular conference was supposed to have been held in early June. However, it had to be postponed owing to Brexit. The election of Trump in the US with the attendant pronouncements to lessen that country`s role in institutions such as NATO, the WTO, UN has unsettled global leaders as it sends a message that the global governance system established post 1948 will unravel. In addition, the decision by the UK to exit the EU has sent similar alarm that one of the successful post war projects aimed at guaranteeing European and global peace could be at stake. It was therefore fitting that the theme of the conference was: In the Balance: A Future World (Dis) Order.

The keynote speaker at the conference was the UK Secretary of Foreign Affairs, and strong proponent of Brexit, Mr. Boris Johnson. The conference itself was a phenomenal event attended by foreign secretaries from different countries including India and Saudi Arabia. In addition, there were former secretaries of state, diplomats, CEOs of leading firms, politicians, foreign policy and security experts among others. While there was a session on Africa, as an African I got the sense that the continent was under represented. This is because in all plenary sessions, no issue was directed at Africa, a continent of a billion people; needless to say the plenary had no African thinker or diplomat on the panel. The closest that the conference came to having an African on the plenary was when Zimbabwean born American, James Manyika, who heads the McKinsey Global Institute, participated on a panel that was not focused on anything African. Besides the plenary focus on the Middle East and Russia, one got a sense of being in an echo chamber where the guardians of the old order were deliberating on how to shape a new order, without reflecting on how exclusive the Bretton Woods institutional framework has been.

Maybe the irony of the absence of notable African representation at the conference was reflected in the theme of a well constituted side session on Africa. This side session dedicated to Africa was focused on African Agency wherein this piece draws its title from. The side session, moderated by Alex Vines of Chatham House, had African scholar and thinker Dr. Carlos Lopez and Botswana Diplomat and former Commonwealth DDG Ms. Seretse-Mwamba as panelists. One could therefore ask who would have legitimately represented Africa in the plenary. Previously, in a world in which South Africa played a proper role in international affairs, one can imagine that the plenary would have had someone from the country and due to the country`s participation in different global fora such as the G20, BRICS, UNSC etc., it would also have been easier to find an all-encompassing continental theme. Such an imagined continental theme could have focused on anything from revisiting the role of the ICC, African representation in global economic governance institutions, to third termism and migration.

Generally, the conference focused on the threat to the global governance system that was established at the Bretton Woods conference in 1948. There was a general sense among various participants that that particular governance system, which was later characterized by massive globalization, is under threat. Nationalism, or a recession towards sovereignty and ethnic identity, were identified as the main drivers of this harking back to a pre-globalized world order. Right wing and populist leaders were identified as the agents of these destabilizing movements, with President Trump and Secretary Johnson marked as giving a human face to this new phenomenon. At the core of the discussion was the role of the United States in the current crisis which might lead to disorder. There was a sense that the US, UK, and even the EU are abandoning multilateralism in favour of bilateralism. One of the panelists, a former US Assistant Secretary of State with a CIA background argued strongly that President Trump is reflective of the post 2008 financial crisis. This former diplomat further averred that President Trump represents a total shift in American politics and the next US President would not be very different from him. At the core of this assertion was the submission that Mr Trump represents a structural shift in US politics. There was a strong sentiment from the former US diplomat that the US is tired of paying for the world through their substantial contributions to NATO and the UN. Mr Trump was described as a transactional and situational president who is different from other previous US presidents in terms of leadership style.

As is typical of discussions about Africa without Africans, there was a debate around why the US is not playing a more principal role in Africa. It was felt that the US should have a more strategic role in Africa to complement that of the EU and challenge the increasing dominance of the Chinese in the continent. The counter argument was that under the Trump administration there would be more US commercial presence in Africa. This discussion was quite relevant for Africa in that since the rise of China, the continent has been focused on that relationship sometimes to the detriment of traditional partners. South Africa is also guilty of this focus on China at the expense of the EU. Having more suitors on the continent provides Africa with an historical opportunity to leverage its positions and interests due to more choice. While the conference did not give the African continent what can be deemed to be due consideration, it can be hoped that the discussion at the side session has been heeded. This is because the interventions from Dr. Lopez in the side session highlighted the need to take Africa seriously. It can be argued that the lack of African representation could also be symptomatic of an old global governance system that treated Africans as junior partners and second class global citizens.

Dr. Lopez noted that the Africa rising story helped a great deal in profiling Africa. He however lamented that Africa is missing the middle part in its economic structure and urged the continent to find ways of establishing a manufacturing base in order to create employment. Dr. Lopez cited recent examples of African agency in global governance. The first was unity in climate change negotiations where Africans started to proactively push for certain positions which was a departure from past practice where they would generally be passive. This behavior of Africans was unique in that Africans have been taken for granted by the G77. However, this time around the G77 allowed the African Union to dictate the agenda. Secondly, Dr. Lopez stated the initiative taken by Africans in developing financing mechanisms for development. He gave an example of a summit in Morocco in which over four thousand delegates convened to engage on this particular issue. The third example that reflects maturity on the side of Africans was the AU initiative to probe illicit financial flows, led by President Thabo Mbeki. This was further complemented by a realization that Africa needed a new path resulting in the Kagame Panel led by Dr. Carlos Lopez. The fourth instance that reflects a unified agency in the African continent was the way the continent engages with other external partners such as China.

The role of non-state actors as agents was also highlighted with various examples being cited. These included the role of civil society in exposing corruption and state capture in South Africa. This role had the effect of bringing down established brands such as Bell Pottinger, KPMG, SAP and McKinsey. In addition, the role of the judiciary in nullifying the controversial election results in Kenya was pointed out.

The focus of the Chatham London House Conference on the possible threat to the Bretton Woods global governance system could not have come at a more opportune time. It was important to have the UK Foreign Minister provide a keynote address considering he is one of those involved in the disruption of the current system. Africa`s peripheral role in the conference theme, both literally and figuratively, is symbolic of the relegated status of the continent in current global governance frameworks. It is commendable that the panelists in the side session focused on the increasingly important role of the continent. One can only hope that those in the plenary sessions did heed the messages coming from the breakaway session on Africa. It is undeniable that if South Africa was still a formidable player in the international stage, the continent might have found a seat in the plenary sessions.