Can Davos stop the spiral of protectionism? 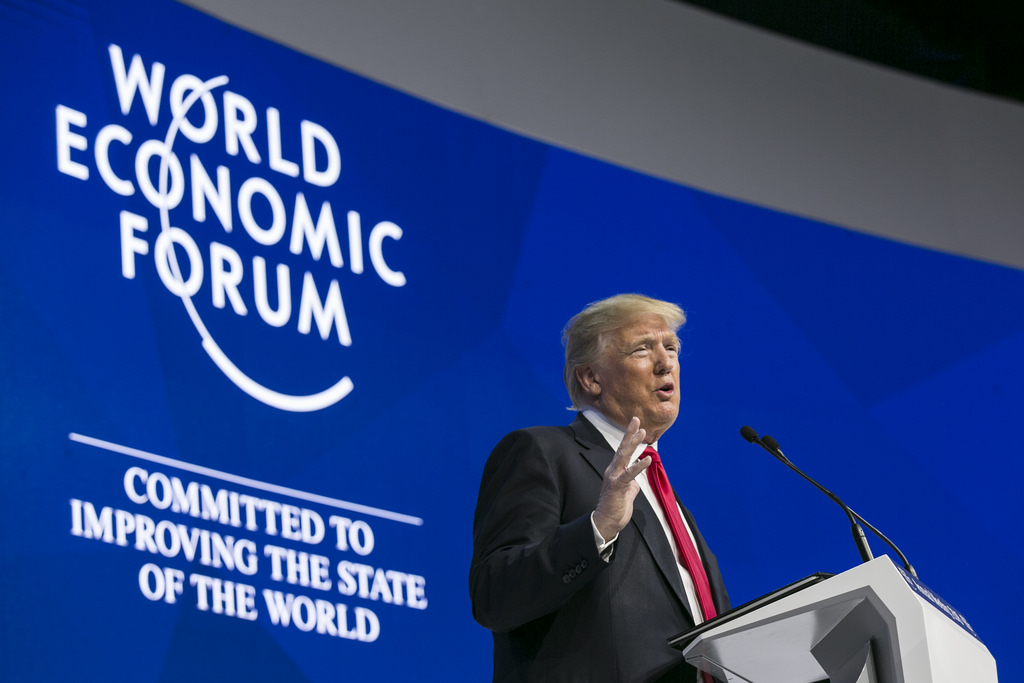 Can Davos stop the spiral of protectionism?

Last week, the annual meeting of the World Economic Forum (WEF) took place in Davos under the theme: “Creating a shared future in a fractured world”. Several thousand decision-makers gathered to discuss the future issues of humanity. No decisions were made. But, as always, the forum provided impetus for the global political agenda.

This year’s event has seen a lot of talk about free trade and protectionism at Davos, partly triggered by the latest US protectionist measures against solar panels, coming primarily from China, as well as washing machines. Indeed, the market for solar panels is heavily distorted by subsidies from the Chinese government, which has caused a lot of trouble for German solar manufacturers. For washing machines, however, this applies only to a lesser extent – if at all. The issue here seems to be rather a lack of quality of American products. Overall, these measures by the US negatively impact on both the economic freedom and the purchasing power of American citizens.

Of course, protectionism may indeed come with positive effects for some domestic manufacturers. In this context, President Trump is quoted saying that the US is now making its own products again. And, for the short term, there may actually be a few new jobs in the US if more solar panels and washing machines are produced there.

The flip side of this coin is the loss of the American consumer’s purchasing power as washing machines and solar panels become more expensive. This will result in less demand for other US products and services, which, in turn, leads to job losses in other US industries, let alone retaliation measures imposed by other governments, which are common in the domain of international economic ‘diplomacy’. The problem is that one cannot predict the total job losses, nor the specific sectors affected. Neither is it possible to allocate the losses directly to certain protectionist measures. Unfortunately, as soon as US jobs in other industries come under pressure the President is likely to invent new scapegoats. It is thus the American consumers and, in turn, workers who will pay for Trump’s policies – one way or another.

US Secretary of Commerce Ross goes even further than Trump in choosing a harsher rhetoric than the President. In Davos, he spoke openly of American troops to be sent into a trade war. This conveys his personal, and fundamental, misconceptions about the essential meaning of free trade, i.e. that free trade is a peace project, increasing the individual liberties, especially of the poorest parts of the population. It goes without saying, that both are rather unimportant to the current American government.

As one could have expected, Germany’s acting Chancellor Merkel saw things very differently. In Davos, she asked explicitly whether “we” had learned from history. She left open who this comment was meant for but continued to campaign for openness and rules-based conflict resolution. At the opening of the forum, Indian Prime Minister Modi also warned of the end of globalization and repeatedly – albeit indirectly – pointed to its importance for peace.

The Canadian Prime Minister Justin Trudeau, whose country is now joining the Trans-Pacific Partnership (TPP) in addition to the European-Canadian Regional Trade Agreement (CETA), has been acting in a similar way. It was Trudeau who advocated an even broader Trans-Pacific Partnership (now CPTPP). Both projects will take place without the US, and both are likely to be welfare enhancing and a crucial part of future economic diplomacy. Prime Minister Trudeau has also made it clear that the door will never be “completely closed” for the US.

The US President had the last word at this year’s World Economic Forum – despite having mocked the entire event the year before. His speech, however, left the impression that the President failed to address the opportunities of cooperation in defining the future rules of globalization. Rather than proposing an encompassing and inspirational analysis, or strategy focusing on the current challenges of globalization, Trump’s intervention was of promotional character merely aimed at pitching the US as a “great” destination for investment and doing business. Similarly, it’s been awkward listening to how much the world has to gain from trading with the US at Davos, only to see Trump lash out against “very, very unfair” practices of the EU shortly after.

Meanwhile, business is learning to live with Trump. Having met with fifteen European business leaders who joined him over dinner, Trump announced that he made “new friends” at Davos. Indeed, industry bosses were fast to laud Trump for his policies of tax cut and deregulation, which, after all, have primarily been a project of his fellows in the Republican party. However, it remains to be seen how deep this newly found friendship actually goes. Trump’s anti-EU remarks on the weekend might lead up to a first test.

Overall, it is not of particular importance what the American President said at Davos, as speeches made at Davos generally have a short life span.Last year, Chinese President Xi Jinping launched a free-trade appeal to the world and praised China as the future’s role model concerning commerce, economic openness and the free exchange of goods and services. One year later, China’s free trade spirits have lost steam. The speech of the US President in Davos is likely to chip away too.

The actual trade policies and, importantly, the countermeasures invented by the governments concerned (China or the EU), are of much greater importance. If there really were to be a trade war without the involvement of the World Trade Organization (WTO) as a mediator, the damage for its participants, but also the entire world economy, would be significantly higher than the benefits in the long term.

However, the tumult that Trump causes also has an upside: the advocates of a peaceful and open world move closer together. Even the opponents of globalization, who protested in Davos in recent years, have become quieter. Either they think they are adequately represented by President Trump, or they are reconsidering their position against the background of the unpleasant noise and the side effects of a protectionist program.

In this respect, the World Economic Forum may indeed bring a number of benefits. It can help rational actors – and these are, with few prominent exceptions, probably most participants of the forum – to not only publicly promote open markets, but also open (or maintain) the communication channels to reasonable politicians and officials in the US and elsewhere. In that sense, the forum can actually contribute to stopping the spiral of protectionism.