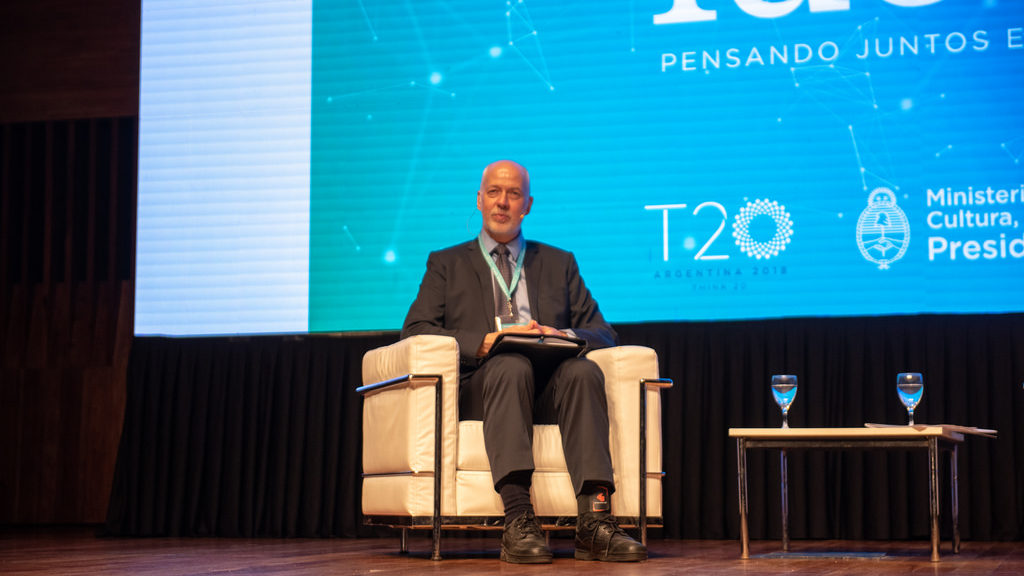 In mid-September, Buenos Aires hosted an interesting and innovative event, organized by a variety of think tanks: the Think20 Summit. A total of about one thousand participants from almost 70 countries dealt with the topics of the G20 summit, which will take place in Buenos Aires at the end of November. The Argentine government has made the future of work, sustainable food supply, infrastructure and gender justice its priorities.

To understand what happened in Buenos Aires, you need a brief introduction to the T20. It is a group of, rather informally organised, scientists and consultants who have produced dozens of discussion papers in a total of 10 task forces, which in turn deliver economic policy advice not only in written form but also by communicating to the G20.

The T20 also has an official governing body that automatically includes think tanks from the host country. University members, large institutes such as the German Development Institute in Bonn and the Kiel Institute for the World Economy, the Brookings Institution in Washington, the South African Institute for International Affairs in Johannesburg, small consultancies, political foundations and others form the T20 which include experts on foreign trade, monetary policy, gender research, aging research, urban studies, labour market research and climate research. The discussion papers and a communiqué containing the 20 policy proposals can be downloaded from this website.

This column is not intended to bother the reader with the proposals. Rather, the question is whether – and to what extent – this type of organization of think tanks can accomplish anything meaningful around summit diplomacy (of this special kind) and if it makes solving the problems of mankind easier? In this regard, it helps to take a look at the habits of the G20.

The G20 is a group of 20 industrial and emerging economies with at least one representative from each continent, corresponding in its organizational structure to the G7 or G8 respectively. The respective host sets the agenda, organises a series of mid-level ministerial meetings, ministerial meetings and a G20 leaders’ summit. The host country is free to choose the agenda.

Obviously, agendas are largely based on the needs of the respective host country governments. However, these needs have not always emerged from real economic necessities, but have also depended on whether the government can merge the domestic agenda with the broader G20 agenda. This process, in part, risks considerable ineffectiveness and arbitrariness of summit agendas and communiqués. If the G20 had a secretariat, the situation would probably be better. However, concerns would inevitably arise on the independence of such a secretariat as well as its potential to become a somewhat cumbersome bureaucracy.

In a sense, the informality of the T20 does the job. The working groups are put together in such a way that, on the one hand, they take up the priorities of the respective G20 host – this year Argentina – and, on the other hand, continue to treat the topics deemed relevant, even if they are given little priority by the G20 host. This will consolidate and sustain the agenda of the G20 process because the T20 is now recognized in the political process – unlike in the public; there is still some catching up to do here. The T20 could thus support the respective future hosts in the selection of topics, at least indirectly. It must not happen too directly, because then the independence of the T20 process might be jeopardized.

This independence from the political process and the breadth of expertise from very different – even political – contexts are the conditions that make the T20 such a successful contributor to the economic policy discourse. It ensures different methodological approaches and political positions that need to be reconciled in the discussion papers.

The broad areas of expertise within the T20 facilitates the deliverance of economic policy measures that improve the situation of broad segments of the global population. One must not be naïve: Carefully drafted policy papers will not be easy to sell to elected politicians (even beyond Pennsylvania Avenue). Nevertheless, ideas that mature over years and are illuminated from many angles, empirically tested and validated in this way, are the currency of think tanks. By skillfully combining expertise and smart publishing strategies, the T20 can not only reach the politicians at the summit, but may also help shape public debate. The first target for this year was not completely missed, the T20 communiqué was handed over to the Argentine President Macri on September 17th, however it still lacks public discussion.

Nevertheless, the T20 summit in Buenos Aires came to a positive conclusion. The summit organizers have succeeded in bringing together a large number of professionals from very different fields into a fruitful and informative exchange. The result of this summit and the previous work is something to be proud of. It is not expected that the recommendations will be included in the final document of the G20 summit; but at least the burden of proof has been slightly shifted towards the governments.

This column was originally published on WirtschaftsWoche in German, on 21 September 2018.