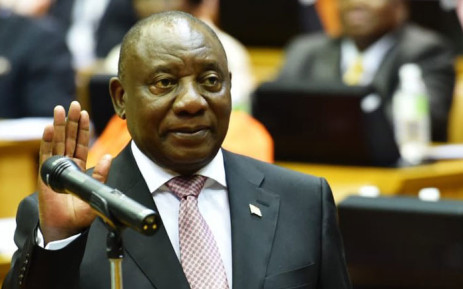 Since his ascent to power in Nasrec in December 2017 as ANC leader, and his assumption of office as country’s president in February 2018, Cyril Ramaphosa has been seen as an oasis of hope for a country that for nearly a decade was starved of leadership. Soon after he took office, Ramaphosa staked his leadership on party renewal, economic reforms, and institutional change. There was much expectation that he will quickly turn around the country away from the doldrum years of President Jacob Zuma’s leadership.

Such hopes may prove forlorn. Leading institutional and economic reforms is a tough act and one that requires to be carried out with great urgency in a country like South Africa, which confronts mounting social and economic challenges. Public trust in politics has been battered in the last decade as a result of corruption, government inefficiencies, lack of delivery of public services, institutional weaknesses in key state-owned enterprises, and an under-performing economy. Ramaphosa was always seen as a symbol of reforms, and it was expected that his ascendance will signal bold change. This has not happened, and may unlikely be given the internal turmoil, and debilitating tensions over economic policy direction, within the governing party.

While the last 10 years represented a lost decade in South Africa, the next five years could be trapped in limbo between a nightmare and an elusive ideal. The outcomes on the economic front could turn out the same. This is not inevitable. There is a need to urgently drive change. Ramaphosa has the capability to preside over a functional state. His dithering could be his undoing. For some time now he has been playing a role of a mediator of factions and contending schools of thought, a luxury only fit for a functioning economy, rather than project himself as a decisive leader in whose hands the hopes of the country are placed.

Any leader who presides over reforms will inevitably court unpopularity from his own party, the other interest groups, and those who are likely to be adversely affected by reform measures, especially when there is no societal consensus and sufficient levels of trust in the political leadership. Economic reforms and institution-building require technical capabilities to run. It is not enough that Ramaphosa is well-meaning, it is important that his team is capable and puts its shoulders to the wheel. For the next five years, there should be no time to rest, to do long reflections, and to consult endlessly. It should be a five year of decisive action. The train of economic reform and service delivery should crush anyone who stands on its path. Apart from the imperative of developing a roadmap for economic reforms, speed and purposeful action will be required to drive the process of institutional reforms.

Institutional restructuring of the state has been one of President Cyril Ramaphosa’s signature reform programmes for over a year now. The guiding strategy and the plan for such reorganisation is yet to be announced to the public. As a technocratic exercise, it could free up resources and ensure the proper allocation of human capital in government. There was an expectation that Ramaphosa will reduce the size of the cabinet. While some cuts were effected from 74 to 68, this is marginal. The cabinet is still bigger under Ramaphosa than the years when Thabo Mbeki was president, and whose cabinet was less than 40 including both ministers and deputy ministers. There was an expectation from the public that the size of the cabinet should be reduced to curtail wastage, and to overcome much duplication that is as a result of the existence of departments that are doing similar work.

A reform thrust seems to have been a secondary priority in the assembling of the cabinet. The cabinet reflects representations from the various provinces, different leagues of the ANC, the opposing factions within the party and ANC alliance partners together with an appealing gender balance. These are all clear signs of outcomes of a complex bargaining process, which could generate the least common denominator outcomes rather than bold actions.

The economic cluster could turn out to be a theatre of ideological battles. One of Ramaphosa’s trusted hands in addressing institutional challenges in the SOEs, Pravin Gordhan, is an experienced hand and could be counted as one of the reformists. And so is the finance minister, Tito Mboweni, who has an ear of the markets and understands the depth of South Africa’s economic challenges. The Department of Trade and Industry is now led by Ebrahim Patel who has a strong backing of the unions. His deputy in the department is also a union leader. There will be a strong drive to implement industrial policy measures that will, no doubt, require fiscal support especially for expanding incentives package for various sectors of the economy. The economy broadly, and the fiscal position of the government, in particular, requires measures that balance both public finance consolidation and smart investments in infrastructure that reflect shared value with the private sector.

The end of the effervescent in May brought with it a curtain of gloom on the economic front. Just as the new cabinet was settling, the International Monetary Fund concluded its visit to South Africa as part of its annual Article IV process, which is essentially an examination of the health of the economy that the IMF is required to undertake every year on its member countries.

The IMF report observed that there is cautious optimism on the prospects of the South African economy. It stressed the need for structural and institutional reforms including bold action on Eskom and called for decisiveness on the part of the political leadership. What was clear in the wake of this assessment was that a new dawn on the economy will require extraordinary steps from government and that it would need to speak and act with a shared sense of purpose. A day after the IMF visit, cracks were revealed in the economy. Statistics South Africa released its GDP data showing that year-on-year growth is flat at 0%, and quarter-on-quarter growth has contracted by 3.2%, offering signs of a looming recession. Business confidence is down across various sectors of the economy, including manufacturing, mining, construction, and agriculture. Uncertainty over the future of Eskom and electricity supply does not bode well for investor confidence.

The threat of recession follows on the tracks of a recently released General Household Survey by Statistics South Africa at the end of May. It noted that South African households are growing fast, something that is not in track with employment growth of supply of infrastructure and public services. In the first quarter, unemployment levels reached a new high at 27.6%. Youth unemployment is over 50%. The alarming state of unemployment is nothing new.

The government needs to grapple more decisively with the deep-seated challenges in the economy. If they fail in this task, we will not be a resilient society. The goal should be to accelerate institutional and structural reforms, including taking quick actions on the ailing state-owned enterprises. We also need to build for the long-term by shoring up critical building blocks of society, of which human capital is the cornerstone and support the entrepreneurship ecosystem as this could be the spark generates dynamism in the economy.