Enemy at the port: Considerations on a US-China trade war 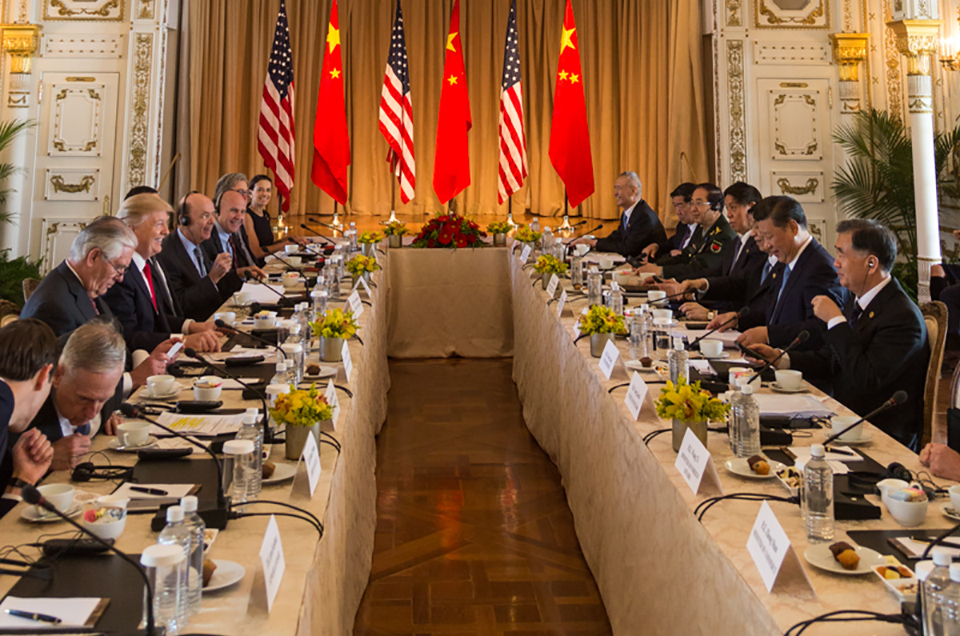 Enemy at the port: Considerations on a US-China trade war

These investigations give the executive considerable power to enforce President Trump’s protectionist trade stance and advance his campaign promises. The section 232 reviews are rarely used but are very effective as they allow the president to take action to adjust the imports of an article and its derivatives or other non-trade related actions as deemed necessary whereas the section 301 investigation is an annual review that provides the United States with the authority to enforce trade agreements, resolve trade disputes and open foreign markets to U.S. goods and services.

Unfortunately, these investigations seem to target China in particular and come at a time when geopolitical and economic tensions between the two states are at a tipping point. With the US firmly set on levelling the playing field, via their own means, China could initiate their own set of retaliations on the US, sparking a “full-blown” trade war. With more at stake than a rollback of trade liberalization and economic integration, threatening the peace through trade doctrine, I remain admittedly optimistic. I expect posturing to continue on both sides, but will keep an eye on China’s foreign and trade policy, military and maritime activity in the South China sea, and North Korea’s ballistic missile testing activities as proxies for Chinese escalation.

Some elements of the Trump administration already consider themselves at “economic war” with China; noting the US secretary of commerce, Wilbur Ross’s comment “We are in a trade war. We have been for decades”. But thus far China has only issued statements to the US on its conduct. Following the Trump administration’s decision to launch an investigation into some of its trade practices China’s Commerce Ministry issued a statement expressing “strong dissatisfaction with the U.S. approach to unilateralism and protectionism.” China prefers that the US adhere to WTO rules and not use domestic US law for investigations. We can expect China to closely follow the investigation and accordingly gear up to safeguard its interests.

Considering these dynamics, I set out to answer a set of key questions posed by Claire Bisseker, Economics Editor of the Financial Mail, on the threat of a US-China trade war. My full answer appears below.

Q: How likely do you think, is a full-blown US/China trade war?

A: I don’t think we need to fear a “full-blown” trade war. Both sides are carefully calibrating their actions and responses, toeing the line, but it’s difficult to gauge from the outside. There is however a lot at risk.

There are economic implications, but the US and China also differ on a number of other issues that, when escalated, could lead to military confrontations. That’s not to say trade protection and retaliation won’t escalate. China is no saint when it comes to respecting trade rules and it’s not just the US that finds issue in China’s trade laws and practices, China’s other major trading partners (the EU and Japan) are also concerned.

As China works toward its structural economic reform, which includes promotion of the private sector, we can expect them to put more emphasis on protection of intellectual property rights and fair-trade practices.

Q: If the US and China enter a full-blown trade war what would the most likely implications be for South African exports and the South African economy in general? Could any of these be positive?

A: In the event of a trade war we can expect both the Chinese and American economies to slow down as trade and value chains become disrupted, in the process dragging down other trading partners with them. This includes South Africa, but also South Africa’s largest trading partner the EU.

So, on the one hand we’ll see a decline on multiple fronts for South African exports which could tip us further into recession. Whether South Africa can survive a prolonged recession is a different matter. Morgan Stanley already considers South Africa one of the most fragile emerging economies due to its vulnerability to capital outflows. We could see a sharp decline in exports compound our negative credit ratings, further decreasing investment and potentially lead to a South African asset sale. On the other hand, in the long to medium term South Africa might benefit from investment as these two economic giants seek to re-establish pivotal value chains.

In the short term however, commodity exporting countries will see a decline as both the US and Chinese economies slow down. On balance, looking past the short-term impact, a trade war could lead to improved prices for commodities and a shift in negotiation power. In the medium to long term we can expect commodity prices to increase as both economies look to secure supply to feed their manufacturing sectors, Africa potentially being the main battleground. In this scenario, primary sectors stand to gain, but downstream processors and manufacturers would likely lose out as China and (particularly) the US aim to domesticate more links of their value chains. Alternatively, this scenario could also see negotiating power shift towards commodity exporters who can pit China and the US against each other, potentially allowing commodity exporters to push for greater domestic beneficiation.

Q: What can and should South Africa do to prepare for this and to reduce any of the potential negative spin-offs?

A: Lay low and don’t take sides. South Africa stands to lose a lot regardless of which side it takes. While China is our largest export market our US export profile includes more value-added products, like vehicles and machinery.

Overall our economy is more dependent on imports (inputs) from China and South Africa’s membership to the BRICS group of states might prompt it to side with China – for sovereign domestic development policy (and by proxy, trade policy) reasons – but such a move could signal to the US that South Africa is aligned to the Chinese interpretation of trade laws and practices. In turn, the US could target certain AGOA exports or impose sanctions on South African exports to prevent “Chinese trade via the port of Durban”. Siding with the US could similarly signal to China that South Africa’s interests are with the US and we can expect a similar reaction.

When a door closes a window opens. Regardless of how China and the US position themselves strategically, South Africa will remain a small, (hopefully) open economy with a large economically vulnerable population dependant on competitively priced imports and a private sector equally dependant on access to larger foreign markets. To reduce negative spin-offs South Africa can make sure that it’s an attractive destination for foreign investment (to capitalise on reshuffling of value chains) and a hub for trade (strategically positioned as the gateway to Southern Africa).