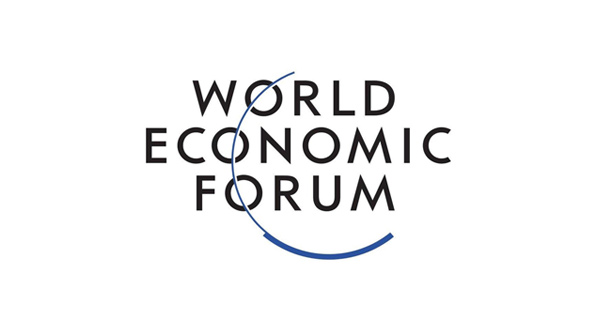 As global leaders meet for the World Economic Forum’s annual event at Davos this week, there are five major global challenges that they will need to respond to. These include strains occasioned by global power shifts, turbulence in major emerging economies, growing geopolitical and trade tensions between great powers, Africa’s weak integration in new forms of global production, and a host of systemic risks that are related to the environment, cyber-security, and potential for another global recession.

The global leadership redistribution underway is marked by the tussle for global pre-eminence between China and the US, with the interests of the two countries seemingly overriding the imperative to strengthen global cooperation and the multilateral order. It is a battle that goes beyond just differences over accounting for two-way trade flows, signals an attempt by the US to contain China’s rise and undercut its global significance. Given the political and economic weight of these two countries, any unresolved tensions between them could undermine the goodwill needed for global cooperation. Menacingly, this could damage confidence in multilateral institutions.

The second risk relates to the outlook for emerging economies. Weak growth, institutional decay, lack of competitiveness, and corruption undermine long-term growth prospects and steady recovery of some of the major emerging economies. Apart from Argentina and Turkey, which in recent times have faced rising debt, mounting inflation, and currency crisis, the BRICS countries are not looking that great either.

China faces its own difficulties at home as it rebalances its growth model from export-orientation to domestic consumption while slugging it out with the US over trade, intellectual property, and a race to dominate the Artificial Intelligence-based micro-chips.  China’s growth slowed down from 6.8% in 2017 to 6.6% in 2018 and is forecasted by the IMF to decelerate further to 6.2% in 2019 and lastly at 5.8% by 2022. This is the worst performance in nearly three decades. Fiscal and stimulus measures in the second half of 2018 have not registered much impact. Other BRICS countries such as Brazil, presided over by the right-wing extremist Jair Bolsonaro, are in the grip of populism, and their place on the global stage look uncertain.

South Africa continues to face deep-seated economic challenges and is battling to shake off institutional erosion, inefficient state-owned enterprises, and the corruption of the past decade. It has long lost its significance on the global stage, and will still need to work hard to reclaim this while stemming the economic pressures that confront it. It is possible that the country’s future is populist in character, especially if corruption is not nipped in the bud and the socio-economic conditions of its black majority remain unchanged.

Despite the fact that Russia has weathered Western sanctions and slump in oil price in 2014, and emerged with an economy that is stable, its growth remains anaemic, and is forecasted to expand 1.7% in 2018 and 1.8% in 2019. This is a far cry from 7 percent average growth rates it achieved in the early 2000s. The country still faces structural challenges in its aging and shrinking workforce and is characterised by a lack of competitiveness and corruption.

Only India in the BRICS group of countries shows impressive economic growth at roughly 7.5%, reflecting a buoyant economic activity domestically and a steady political hand that guides the ship.

A third source of anxiety for the global economy is the future of trade wars between China and the US. These tensions have ratcheted up towards the close of 2018 when the US threatened another round of import tariffs on Chinese products for what the US considered to be unfair trade practices and intellectual property theft on the part of China. The discussion between the two leaders, the US Donald Trump and China’s Xi Jinping on the sidelines of the G20 in December 2018 and shuttle diplomacy between their officials have temporarily cooled off the tensions. However, hostilities promise to make a come back as the US has rejected an offer by the Chinese to send its envoys to the US for preparatory talks.

There is a broader narrative to these tensions, which is about what Graham Allison in his book, Destined for War, characterises as the structural stress that is induced by a rising power on the global system in ways that upset the current superpower whose political and normative heft is waning.

Since the end of the Cold War, the US has never had any serious power that challenges its global supremacy, at least economically; and this is changing with the rise of China that is investing its energies in developing domestic technological capabilities, including bolstering the artificial intelligence start-up ecosystem, and spawning large-scale infrastructure programme that links Asia, Europe, and Africa through land and maritime networks. China’s rise rattles the US, which in the past expected others to just follow its orders. This rivalry could potentially weaken trust and bridges of cooperation in the global system.

Fourth, Sub-Saharan Africa faces its own unique challenges, aggravated by the shaky institutional base and generally weak socio-economic resilience. As noted by the IMF World Economic Outlook at the end of 2018, commodity-dependent economies may face difficult adjustment to structurally lower revenues than in the past, with many countries in Africa countenancing a gloomy unemployment outlook. Comparative advantage in low-wage labour may no longer be a saving grace in the future.

Until recently there has been a widespread view that countries such as China will migrate their labor-intensive processes en masse to the African continent, as their own cost advantages diminish with rising productivity, to take advantage of cheap labor in Africa.

The changing character of globalization, especially the emergence of service-oriented and knowledge-intensive global value chains, may not be kinder to the African continent. According to a recent report by Global Mckinsey Institute that maps the new trends of globalisation, low skill labor is becoming less important as a factor of production; and the shift to services-orientation in economic output is partly responsible for the declining importance of low skill labour in production.

The growing trend towards the use of robotics in routine manufacturing processes both in advanced industrial economies and in countries like China will likely shatter the illusion of the low-cost advantage of African countries. What this means is that if African countries are looking at building labour-intensive export platforms, their labour will be in an impossible competition with automation in the advanced industrial North and in other emerging economies that are on a technological catch-up. Production trends in in other countries will, over time, shift away from labour-intensive manufacturing towards capital-intensive production. These challenges have implications for the future of young people in Sub-Saharan Africa, many of whom are unskilled, and may never enter the labour market in their lifetime. This will inevitably place to the center debates on basic income guarantee, and in the long-term force cultural and mindset shift in patterns of consumption and production.

Finally, these challenges will be compounded by the build-up of major systemic risks. Ahead of the Davos meeting, the World Economic Forum released its Global Risks Report 2019, which expressed anxieties about systemic risks that are on the horizon. These include environmental risks, and associated pressures of climate change, water crises, and involuntary migration; cybersecurity and data fraud; and asset bubbles in a major economy.

If global leaders are not imaginative enough and allow themselves to be paralysed by inaction, deep-seated inequalities will persist, tensions between major powers will overshadow the need for concerted efforts to tackle serious challenges facing humanity, and populist nationalism will take the center-stage within countries.

Both government and business leaders have a stake in a stable global system that is marked by shared prosperity across different regions of the world.

Mzukisi Qobo is Director at Tutwa Consulting and Associate Professor: International Business and Strategy at the Wits Business School