Let’s not forget the region: Trade facilitation in the face of protectionism? 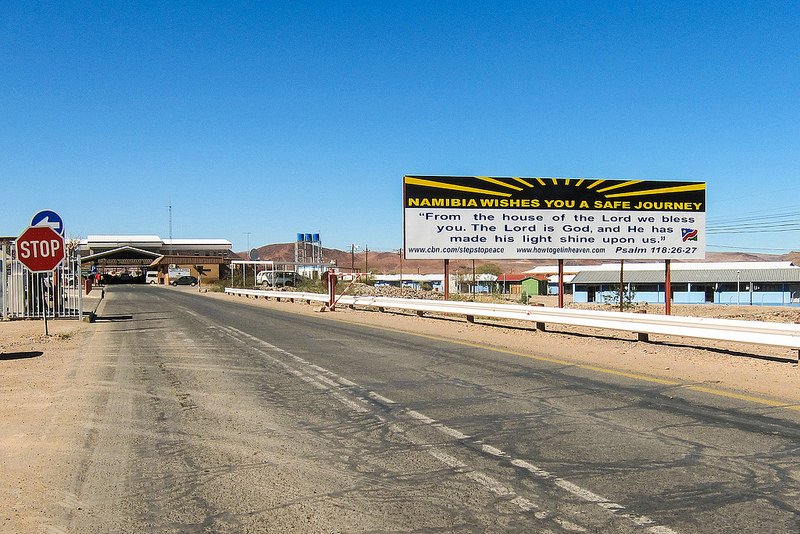 Let’s not forget the region: Trade facilitation in the face of protectionism?

Much of the world’s attention in 2016 was far from our shores as global events have unfolded in unexpected directions. The reality remains however that for many South African traders and investors developments in neighbouring countries are just as important as the latest tweet from Donald Trump. The rest of SADC remains an important destination for South African exports and is particularly noteworthy for the diversity of products that we are able to sell there beyond raw commodities. For South African services companies, the rest of Africa also provides opportunities to grow while conditions at home remain stagnant.

So what does 2017 hold for Southern Africa in terms of trade and economic development? There are a few key themes I would like to highlight, including trade facilitation and industrialisation. These are not new agendas but are anticipated to continue to dominate policy debates in the region in the coming year. Zimbabwe deserves a special mention as a market that offers great potential and is critical for regional initiatives as well.

As the Trade Facilitation Agreement of the World Trade Organisation edges closer to entering into force (another 4 countries’s assent is required), the environment in Southern Africa for the movement of cargo across borders is coming under increased scrutiny from governments, private sector and development partners. Many countries in the region have traditionally fared poorly in the World Bank ranking on the ease of cross-border trade, especially those smaller, land locked economies. This reflects both the time needed to move goods around the region as well as the high cost, which is currently just less than twice the global average in Southern Africa.

The World Bank rankings provide only a general overview of the situation and reflect in part the performance of the region relative to other countries in the world. It is not always that the business environment here has been getting worse but, in some areas, we are getting overtaken by others who are moving ahead at a faster pace. There have been reforms, especially related to the modernisation of customs authorities, in SADC countries and these continue to be implemented with a view to improving the facilitation of trade.

The members of the Southern African Customs Union (SACU – Botswana, Lesotho, Namibia, South Africa and Swaziland) have developed their own regional programme to promote trade facilitation. This is starting to bear fruit and there is hope that 2017 will see steps towards implementation of mutual recognition of preferred trader schemes between the five countries, more joint operations to weed out illegal trade and high levels of connectivity between the two sides at border posts in the customs union territory. These are developments we will be watching. They are positive signals of the possibilities for technical cooperation within SACU, despite the delays in revising the revenue sharing formula and establishing regional institutions.

The Tutwa Consulting Group was part of teams funded by USAID and GIZ that undertook significant research on trade facilitation in seven SADC countries[1] over the last year, with a particular focus on identifying what are the priority issues from the point of view of private sector representatives. We will publish detailed summaries of our findings in the coming months but it is worth highlighting the following areas for improvement that came up regularly in all countries:

These are not new issues but the research has confirmed that they remain worthy of attention from governments, regional organisations and development partners. The private sector itself has an important role to play not just in identifying problem areas but in assisting to design and implement solutions. It is hoped that 2017 will see more meaningful interactions and public-private dialogue at both the national and regional levels in SADC.

In addition to trade facilitation, there continues to be a strong emphasis in regional debates on industrialisation as a leading strategy to achieve job creation and growth in the future. It has been the focus of many studies and is captured in the plans of the African Union and regional economic communities, such as the SADC Industrialisation Strategy and Roadmap. Work will take place in 2017 to flesh out more detailed initiatives in the priority sectors of agro-processing and pharmaceuticals. Again, the participation of the private sector will be critical for success as governments alone cannot drive implementation of sustainable industrial projects.

Through our research last year in the region, it became apparent that the challenges faced by manufacturing firms are varied and numerous. For example, in Botswana firms hoping to export are faced with a strong currency. In Zimbabwe, there are the ongoing frustrations in sourcing and paying for imported inputs. A successful industrialisation strategy will need to work hand in hand with trade facilitation initiatives as well as other monetary and economic policies. Many of our neighbours rely heavily on the South African market and the impact of slow growth here cannot be underestimated (even if it is often overshadowed by domestic concerns).

Turning to a specific case, the many challenges of the Zimbabwean economy have been well documented in recent months, including the liquidity crisis, erratic supply of electricity and an uncertain political environment. For followers of trade policy, it has been interesting (usually not in a good way!) to note the increasing use of trade tools by the Government of Zimbabwe to address these challenges. The most notable in 2016 was the expansion of the coverage of statutory instruments that are used to control the import of certain products into Zimbabwe. There are now over 40 products where it is legally impossible to import large amounts. The rationale behind these measures was to encourage greater levels of local production and to reduce competition from cheap imports for manufacturers in Zimbabwe.

There is no doubt that the goal of rebuilding industrial capacity in Zimbabwe is a laudable one. The use of import restrictions however is a notoriously blunt tool, especially when it is based on product descriptions rather than tariff codes, consultations with the private sector were limited, and in an environment where there are numerous other factors impacting on local producers. There have been claims of success from both the Zimbabwean Government and some business associations who support the statutory instruments. All signs point to the continued use in 2017 and the possible expansion to additional products as well as other sectors, such as services (e.g. transportation, construction, telecommunications).

The legal standing of these measures have been outlined by Tutwa Consulting Group senior associate, Nkululeko Khumalo, in a previous article but it seems unlikely that there will be any firm action taken against Zimbabwe by South Africa or its other neighbours impacted by the import restrictions. This reflects the nature of the political relationships in SADC as well as the lack of effective advocacy on the part of the businesses in the other countries that have been negatively affected. If the rumours of expansion to include restrictions on services trade are true then this should provide a wake-up call to a much broader range of South African companies with interests in Zimbabwe.

The Tutwa Consulting Group will continue to actively engage in regional projects in 2017. We look forward to working with our existing and new clients to contribute to the ongoing growth and development of our region, especially in areas related to trade and investment.