Regional trade needs to be a top priority for African leaders 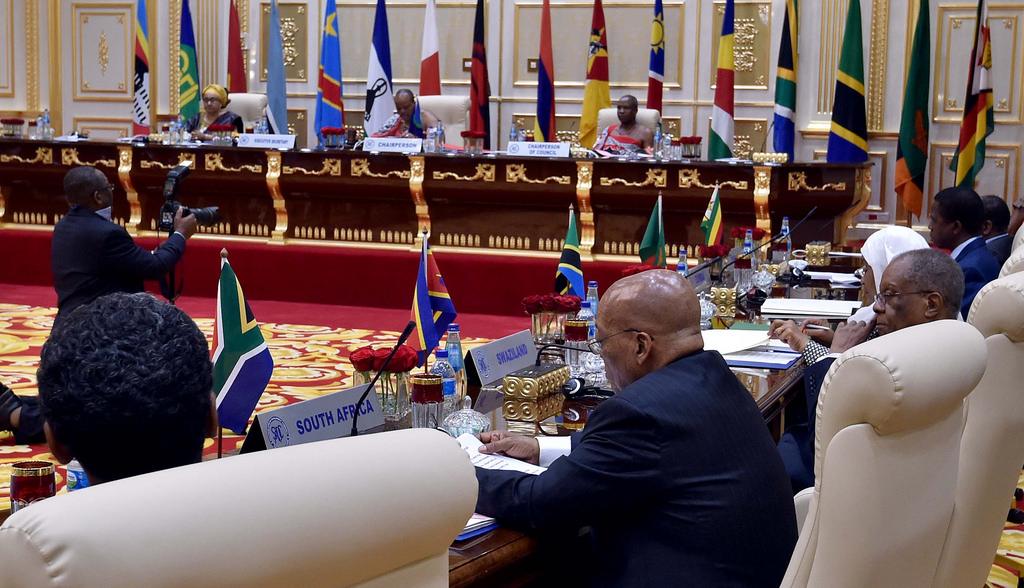 Regional trade needs to be a top priority for African leaders

Sometimes what official statements don’t say is as important as what they do. Such is the declaration released at the recent Southern African Development Community (Sadc) summit.

The meeting, held in Pretoria, attracted public attention because it did not feature Zimbabwe’s first lady, Grace Mugabe, whose presence some seemed to think would be necessary for her to qualify for diplomatic immunity for an alleged assault. And, while it was expected there would be discussions on both political and economic challenges facing Southern Africa, reading the declaration left one wondering what had transpired behind closed doors in the capital.

What the official communiqué of the 37th summit did not mention was trade. This is odd in the light of some indications of trade tensions during the interactions between Sadc ministers in the meetings held in the weeks leading up to the summit. Issues covered in the communiqué range from food security to gender representation in politics to recognition of plant varieties. Most of the document is devoted to the political situations in Lesotho and the Democratic Republic of the Congo (DRC).

Investment was also overlooked. From an economic perspective, continued priority is given to industrialisation including through interactions with the private sector.

For years, trade was at the heart of the economic agenda of the Sadc. It now seems to have fallen by the wayside. It could be argued that this reflects the fact that much of the action in setting up a free trade area took place about 10 years ago and there is a framework in place to govern the movement of goods under the Sadc trade protocol.

On paper, this is so, but much remains to be done to achieve higher levels of intraregional trade and ensure an environment that encourages firms to maximise opportunities. The industrialisation agenda, if it could reach its full potential, would no doubt help to bring this about.

What is really required is a display of leadership from Sadc governments that reinforces the agreements they have already signed and provides a degree of certainty for the private sector in the region. It is worthwhile noting that 10 of the Sadc countries have recently entered into trade arrangements with the EU under the economic partnership agreements (EPAs).

The Sadc EPA, comprising Botswana, Lesotho, Namibia, Mozambique, SA and Swaziland, and the Eastern and Southern Africa (ESA) EPA, Madagascar, Mauritius, the Seychelles and Zimbabwe, have the potential to act as building blocks for stronger regional economic integration.

Such agreements reinforce commitments already entered into by Sadc member states at multilateral and regional levels, including the elimination of nontariff barriers, improving trade facilitation and implementing effective standards to protect human, animal and plant health.

While it is true that there is not one EPA for all the Sadc countries, there is still scope to use the agreements to encourage linkages in the region and develop value chains, particularly those designed to lift exports, or those linked to European firms. This can be done by taking advantage of the more flexible rules of origin, for instance. Europe remains a key trading partner for the Sadc for value-added products in sectors such as automotives and processed agricultural goods.

The EPAs that were negotiated provide continued policy space for development in the Sadc.

Under the Sadc EPA, safeguards are in place to protect regional industries in the event that imports of a specific product increase to such an extent that they cause injury or disturbance.

The EPA protection goes beyond that provided under the World Trade Organisation rules and will apply indefinitely. Infant industries can also be protected under the safeguard provisions of the EPA. Export taxes can be introduced on exports to the EU under certain circumstances, such as for reasons of fiscal revenue, environment protection, protection of infant industry or industrial development.

Trade negotiators in the Sadc can draw on the experience they have gained over many years during the sometimes difficult engagement with counterparts from the European Commission to revitalise the regional trade agenda. Much can still be done to encourage greater levels of interaction in both the trade in goods and services and in supporting investment.

This article was originally published on BusinessDay, 1 September 2017.