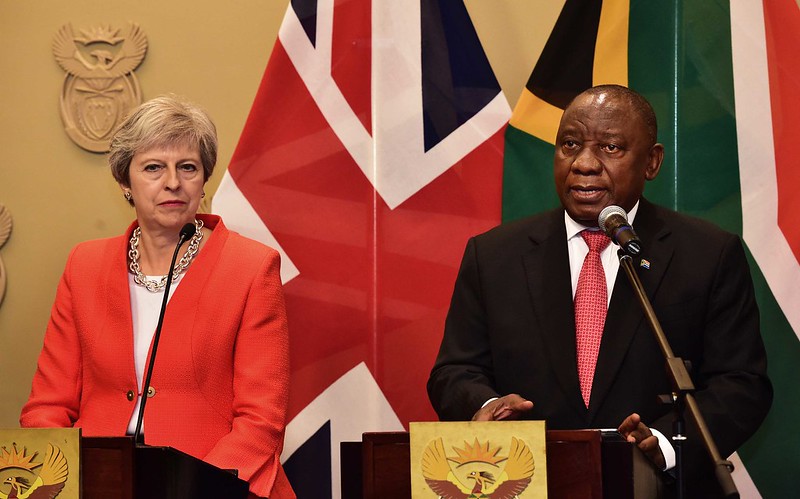 Some of you may have noticed that the recently signed trade agreement between the United Kingdom and the region includes the acronym ‘SACU + M’. This is a pertinent time to remind ourselves about the most important and often overlooked economic partnership that South Africa has – SACU.

Who is SACU? The Southern African Customs Union is the world’s oldest customs union made up of 5 members – Botswana, Eswatini, Lesotho, Namibia and South Africa. Historically it was set up to allow for better control of the economies managed by the British colonialists. It has evolved however and is now more focused on ensuring the smooth movement of goods between the countries as well as allowing for the efficient processing of imports to the landlocked members.

What is SACU? It is a customs union, which means that the members share a common external tariff. Goods imported into Eswatini should be treated the same as those imported into Namibia. The same tariff rates are applied and the revenue raised in this way is shared via a formula agreed by the members. A customs union should also result in non-existent or very thin borders between members. There is also a common trade policy and this explains why the trade agreement with the UK is with SACU as a group.

Why do countries belong to SACU? There are similar benefits to be found in a customs union as those from other forms of regional integration, such as access to an expanded market as well as fewer barriers and costs impacting on trade between the members. Belonging to a customs union can also result in greater leverage in trade negotiations with other partners and the sharing of capacity. In the case of SACU, there is also an added benefit for Botswana, Eswatini, Lesotho and Namibia as they receive a supplementary contribution from South Africa to offset any consolidation of economic activity in the region in the largest country.

Where does Mozambique fit in? Mozambique is not a member of SACU. There has been some informal debate about expanding the membership of the customs union but this would be complex and has not found favour with the existing members. It is therefore quite unusual to see the grouping of SACU + M entering into trade agreements together. In the case of the UK however, there was little choice in the matter. This grouping is a legacy of the process undertaking by the European Union that resulted in SADC Economic Partnership Agreement (EPA). The EPA negotiations were long and messy, with one of the reasons being the configuration of the groups that were negotiating with the EU. SADC Member States ended up spread across four different groups. Mozambique and Angola were together with SACU.

While it is still in the process of leaving the EU, the UK was constrained in its engagements with other countries. The agreement signed recently was largely a roll-over of the EPA so that there would be little disruption to trade in the face of a hard Brexit. These engagements can complicate regional integration in Southern Africa – in an environment where this process is already complex enough.

The UK-SACU+M agreement is a useful reminder that it is critical for us to ensure that the building blocks of our regional interactions, including SACU and SADC, are given the attention that they deserve. It is easy to get caught up in the hype of trade agreements with partners such as the UK or ambitious plans such as the African Continental Free Trade Agreement but our economic linkages with our neighbours underpin all of these. SACU deserves more air time and energy to ensure that it continues to function effectively for all the member states and their people.