The Duality of ISDS, pursuing national agenda at investors’ cost 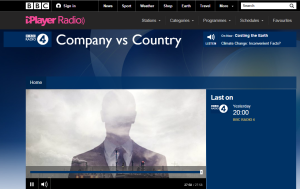 Investor State Dispute Settlement (ISDS) provisions aim to provide a peaceful and legal solution in cases where companies feel that their rights in foreign markets have been impeded. This incentivises companies to invest in countries with high political risk as it offers protection against damaging state actions. However this is very much a one-way street as companies are allowed to take countries to arbitration tribunals but countries are not allowed the same privilege. This, added to the perceived biased in favour of companies in these tribunals, captures the rising contempt of current ISDS provisions’ inclusion in international treaties.

Traditionally ISDS provisions are more often seen in Bilateral Investment Treaties (BITs) as an understanding between two states that their investors’ rights will be protected in the host nation. Given the advantage companies have under current ISDS provisions some countries are increasingly hesitant to conclude BITs that include ISDS but still seek some form of protection for their investors’ rights.

These issues have become even more controversial in recent years. Of particular relevance to Tutwa clients is South Africa’s termination of BITs with some European countries, which generated much debate in the international policy-making community. Interestingly, one of the sharpest critics, the German government, is now at the centre of resisting ISDS in the TTIP negotiations between the US and the EU, citing many of the arguments made by South African authorities. Such are the vicissitudes of international investment policy making, which is why we remain in favour of a multilateral agreement on investment, dim though this prospect may be.

In this podcast, Company vs Country, with the BBC’s Michael Robinson, Peter Draper talks about the duality of South Africa’s decision to cancel certain BITs with European partners in order to pursue its national agenda, and its contrasting persistence to conclude BIT’s with neighbouring African partners.