The state of South Africa’s economy, what we know so far 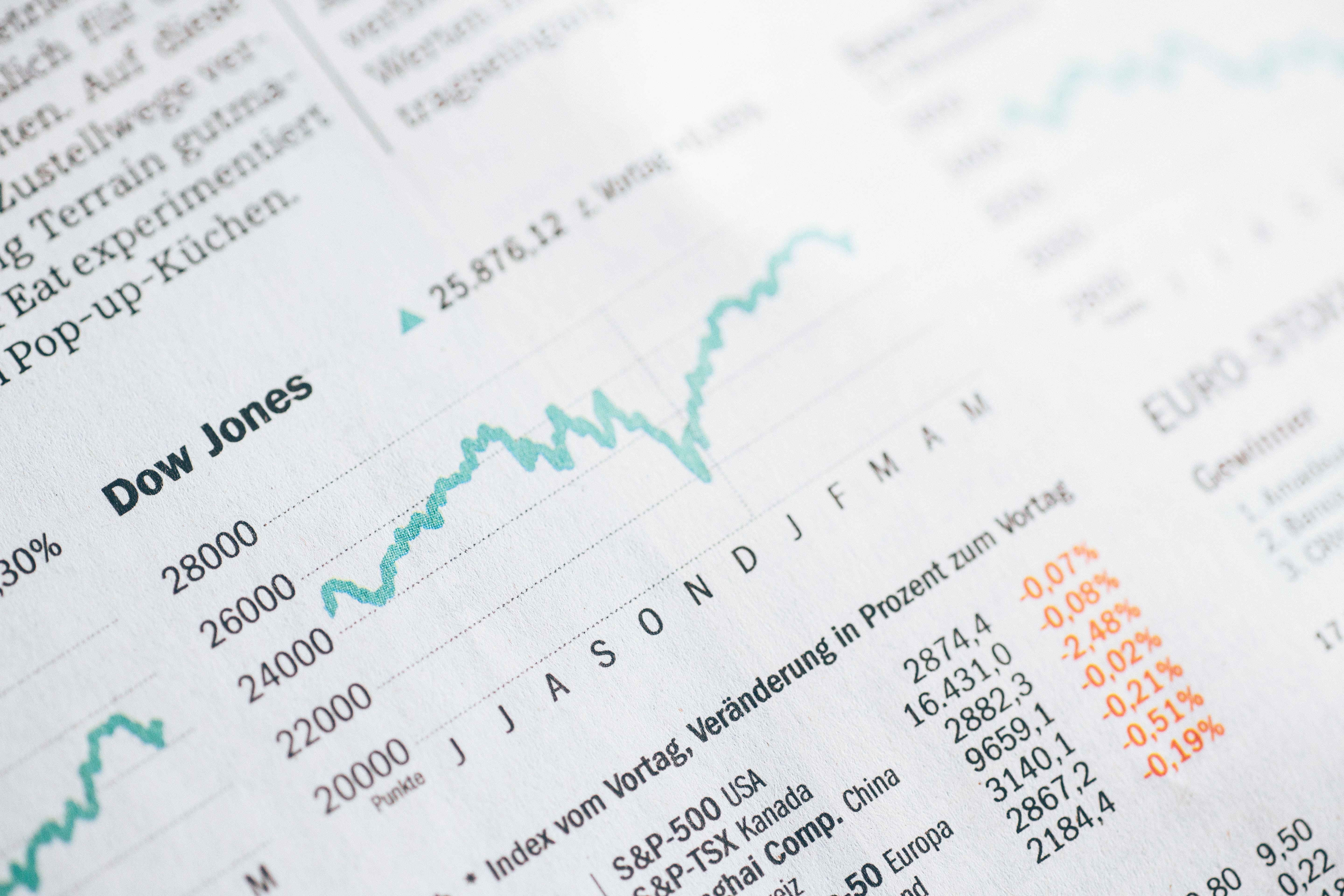 The state of South Africa’s economy, what we know so far

The latest set of GDP figures for the first quarter of 2020 is expected to be published by Stats SA on 30 June and it’s less a matter of “what’s the verdict?” and more a matter of “how bad is it?”

South Africa entered 2020 on the back of a technical recession due to production side losses in almost every sector with a set of expenditure side losses to match. Initially, detractors flagged the blurry policy direction and a lack of decisive leadership, where really one of the largest domestic problems was a lack of investment. While globally, pressure came from a fracturing global trading system, prevailing risk-off investment sentiment, and very accommodative monetary policy in most developing countries, this drove financial investments to traditional safe havens. Yes, these were the simpler times.

Fast forward to three months later and South Africa has recorded almost no domestic investment for the year, while household and business expenditure options are severely limited. The only exception is the public sector, but it too is hamstrung with the necessary but grim requirements to save human lives and a very tight budget to do so.

The pandemic would not have been welcome during the best of times, but Quentin Tarantino could not have scripted a more gruesome third act. The hard lockdown has caused severe economic damage during April and has possibly set the trend for the rest of the year.

Here is what we have heard so far: -7%, -6.5%, -5.8% and -4.5%. This is South Africa’s forecasted real economic growth rate for 2020 from a range of domestic and international observers. While these estimates are probably close to what we can expect, there is still a significant margin between -7% and -4.5% especially when it comes to a nominal R5.1 trillion economy. Another figure, 2024, is the estimated year in which South Africa’s economy will be back to 2019 levels[1].

Increasing debt is imminent, with the government having to borrow R95 billion from external financial institutions to fund its R500bn economic support package. While it is necessary, this support package will weaken public finances and the budget deficit is now expected at 13.5% of GDP in the 2020 fiscal year, up from an estimated 8.5%. Furthermore, the country’s debt burden is expected to be 15 percentage points higher, or 84% of GDP by the end of the 2020 fiscal year.

Despite the economic support packages released by the government, massive job losses are expected both in the formal and informal sector. Further unemployment remains a high risk – already at its highest rate in decades. Projections by the National Treasury Director-General, Dondo Mogajane, indicates that the unemployment rate could reach 40%, a massive hike from the current 29.1%.

The Reserve Bank’s decision to cut the repo rate, a third time (now at 3.75%) already signals that monetary policy will be used as a measure to boost the economy, perhaps restarting the quantitative easing debate. This is because cutting interest rates may not be enough to ride out the pandemic especially as the usual engines of economic activity have slowed down and credit and indebtedness are yet to rise. The Monetary Policy Committee has in fact gone as far as to include in their assessment potential of two further cuts through the remainder of 2020.

While the national budget will dominate economic discussions for the rest of the year, rather than focusing on the bigger picture end of year results, we can look at some of the higher frequency data that can give an indication of South Africa’s current state. We expect to see some critical releases before month-end that will help paint a much clearer picture.

One measure that will quickly become obsolete in a post-pandemic world, is the output gap: the difference between actual output and potential output (or GDP). It is rather complicated to measure and forecast, but fortunately, proxy indicators can be used to look for trends. In a relatively static economy with slow structural changes, like South Africa, one can look at the changes in electricity distribution and compare to previous years to get an idea of economic output.

Fortunately, Eskom publishes a weekly system status report that shows this particular proxy. While 2019 is perhaps not the best baseline for this, the 2020 year to date Dispatchable Generation Energy Sent Out is lagging by 7 597 GWh compared to 2019, which is a year-to-date growth rate of -8.99%. This can be a telling gap for South Africa’s estimated 1.2 million people working in the manufacturing sector.

Another good indicator of economic health is new-vehicle sales. While this is a leading indicator and not a direct causative factor on economic output, it paints a picture of where growth might be slowest to return. The NAAMSA flash results for April are a throwaway, a total of 574 vehicles sold under lockdown, but May showed some signs of a return: 12 932 vehicles were sold, which is a far cry from the 40 428 sold in May 2019, but the changes in the composition of sales tell an interesting story.

There are other similar leading indicators from firms that are surveyed on a monthly or quarterly basis, all of which have recorded historic lows. But perhaps on the periphery of South Africa’s domestic lockdown regulations is the trade sector which reflects both South Africa and the global economy’s capacity to consume and supply.

March trade data actually showed surprising resilience, reporting a trade surplus increase on top of an increase in total trade compared to February 2020. The surprise comes as China, one of South Africa’s largest trading partners, had already implemented a lockdown. Buoyed by demand from Europe and Africa, South Africa was on track for a year to date increase in exports and a growing cumulative trade surplus, however, the April data reversed all that optimism. Exports in April shrank by 55.1% while imports only decreased by 6.5% leaving South Africa with a new cumulative trade deficit of R326 million and annual growth in exports of -3.5% year to date.

South Africa’s largest cumulative decreases in exports were a result of reductions in exports to Africa (-12.4%) and Oceania (-14.7% albeit from a much smaller nominal figure). Meanwhile, cumulative imports from Africa increased by 0.6% while imports from all South Africa’s remaining suppliers (America, Europe, and Asia) noticeably decreased compared to the 2019 year to date figures. According to the trade data the industries that suffered the most include the leather industry, the footwear, and accessories industry, base metals, vehicles/automotive, manufactured articles, and Original Equipment Components which together account for an estimated 630 000 South African livelihoods.

To recover from the current economic state, there have been many suggestions on what a new post- COVID economy could look like, as the country emerges from this crisis. Perhaps some have attempted to politicize the crisis. What can one make of the recent ANC Economic Policy document? Well, the document is likely to heighten concerns about state intervention and to some signals that the governing party does not have a response to the country’s immediate challenges, nor is it particularly considerate of National Treasury’s economic growth plan recommendations.

It is not clear what the process is for the draft in terms of further policy discussions, but for many, the signals have already been sent and markets could take note. Despite the government’s central role in responding to the crisis, this should not necessarily give leeway to a blanketed state-led approach in the future (such as establishing a state-owned pharmaceutical company). The chorus of state intervention has been sung many times in several ANC policy documents. One can speculate that this may be an opportunity to usher in the ANC’s long-term agenda under the guise of a health crisis when, frankly, there are more urgent matters at play.

In most of Quentin Tarantino’s films, the seemingly loose ends and subtle references all come crashing together in a colossal finale and one must wonder if 2020 is the climactic year for South Africa. The global recovery trend is expected to be U-shaped and the pandemic will likely remain with us for the foreseeable future complicating matters further. It is still too early to tell which type of recovery South Africa or Africa will take, or how long the tail will be, but the stakes are high. Current economic hardships are likely to persist until late 2020, stretching into 2021, and the effects of the global pandemic are going to be worse than those of the Global Financial Crisis. Fortunately, we are through the worst of it and have started the process of embracing the new normal; now it is a matter of getting to terms with it.