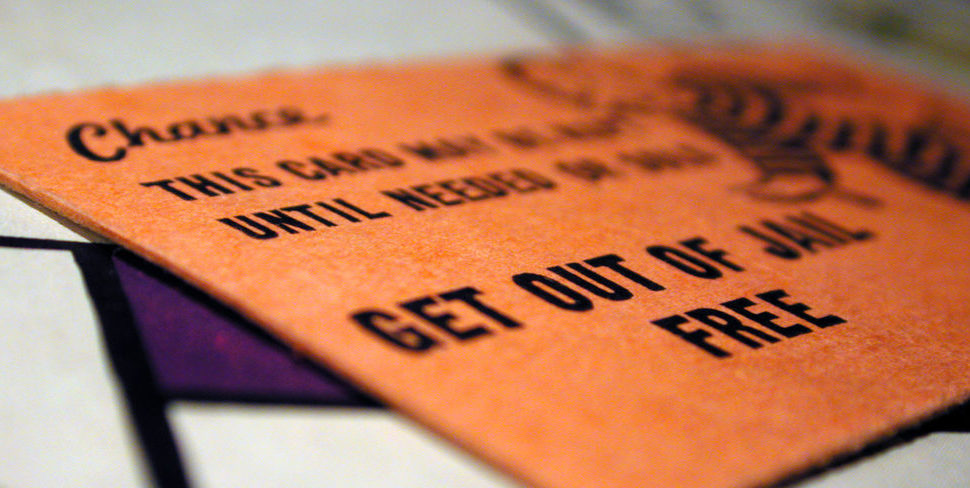 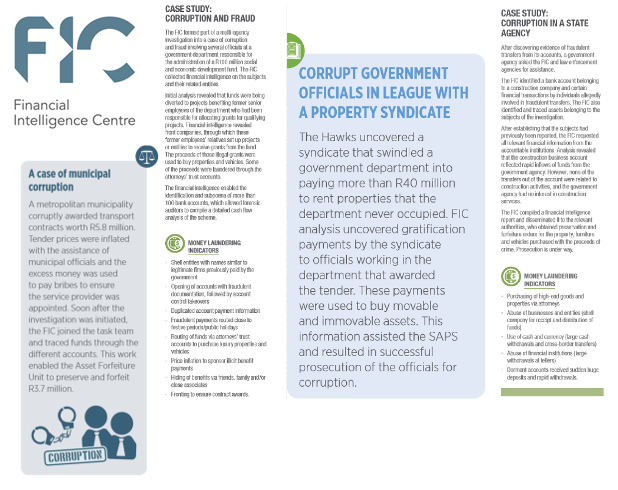 As 2016 comes to an end and 2017 beckons, it is important to reflect on the year that was and how it might impact on the year to be. South Africa’s political, economic and social landscape is generally quite colorful, keeping diplomats, academics, intellectuals, arm chair critics and broader society busy. The year that was, did not disappoint having dramatically started after the firing of then finance Minister Nhlanhla Nene, replaced for a weekend by little known comrade Des Van Rooyen and then by the capable Pravin Gordhan. As the year gathered momentum, there was the damning Constitutional Court judgment against President Zuma, the charges against Minister Gordhan and, to cap it all, the State of Capture Report by the Public Protector. However, running in the shadows of all these shenanigans by the predatory elite and faction of the governing ANC is a piece of legislation and institution which had hitherto suffered from benign neglect. This is the Financial Intelligence Centre Amendment Bill and its custodian institution, the Financial Intelligence Centre.

The FICA Bill took off as a non controversial piece of legislation until some in our body politic realised that this instrument granted more teeth to interfere with the many hands in different state cookie jars. The potential potency of the FICA Bill came to light when its parent legislation was put into motion in dealing with possible money laundering by the Financial Intelligence Centre. With the FICA Amendment Bill having gone through all the legislative processes and finally landing on the President’s desk for assent, there was a general expectation that the Bill would be signed into law, without a fuss. However, this has proven not to be the case.

As the rest of South Africa begins to shut down for the festive holidays, Mr. Moyane, Commissioner of SARS, is one of those that will spend the holidays thinking about the criminal charges brought against him by civil society group, Corruption Watch. The charges bring back to the fore the political economy surrounding Zuma’s delaying tactics around the signing of the FICA Bill. They relate to SARS’s recently suspended Deputy Commissioner, Mr. Jonas Makwakwa. The events surrounding the Makwakwa case are illustrative of why President Zuma might have had second thoughts on signing the Bill.

Mr Makwakwa’s suspension has highlighted the need for the amendment of the Financial Intelligence Centre Act (FICA) of 2001. The vitality of the Financial Intelligence Centre was also highlighted by the recent approach to the North Gauteng High Court by the Finance Minister, requesting an order that clarifies his limitations in interfering with banks on behalf of the politically exposed Gupta family. Central to the Minister’s application were investigations that had been conducted by the FIC after the institution detected suspicious financial transactions. Standard Bank and Nedbank have thus far made representations in response to Minister Gordhan’s affidavits. At the core of their representations is an affirmation of the need for strong financial institutions and, by inference, dealing with money laundering and beneficial ownership.

Mr Makwakwa was suspended after an extensive investigation by the FIC, revealed a series of transactions which are not consistent with a permanently-employed person. The proposed amendments to FICA are meant to expand the scope of this particular instrument and allow the FIC and commercial banks to access, share and query suspicious transactions of politically-exposed persons.

The Makwakwa situation provides a textbook example of what the amendments seek to achieve, considering that he holds a position of authority and made suspicious payments. It is not clear what exactly triggered the investigations in this case. However, one notable aspect of the proposed amendments to FICA is the introduction of whistle-blowers as triggers for investigations. This should instil more confidence in the system, as it will lead to more public involvement.

The FICA Amendment Bill is aimed at combatting both private and public sector corruption, money-laundering, and terrorism, among other issues. It also enables South Africa to implement UN sanctions relating to asset freezes, such as the sanctions imposed on Iran’s nuclear programme.

But the proposed amendments to FICA have attracted fierce resistance from some sections of South African society, including President Zuma himself. Zuma has thrown the spanner in the works by sending the Bill back to parliament for it supposedly not being constitutional. What exactly in the Bill elicits so much interest and criticism?

The Bill empowers banks to engage in expansive due diligence reviews of their clients, especially those who hold positions of authority. For instance, banks are required to investigate the sources and beneficiaries of finances being deposited into their accounts. The current status quo dictates that the FIC investigates clients based on banks’ suspicions. However, the Bill gives the Centre powers to initiate investigations or background checks based on its own suspicions.

To actualise this, the Bill lists three different categories of people who it deems ‘high risk’, and who will be subjected to extra due diligence. Diplomats, chief executive officers, directors of companies and senior public servants including the president, deputy presidents and mayors, among others, are listed as high-risk clients. In addition, the Bill lists juristic persons such as companies as eligible for closer scrutiny.

In addition, the Bill introduces a concept of beneficial ownership. This gives more powers to the FIC to conduct thorough investigations into the financial accounts of those persons or entities who could benefit from the proceeds of illicit finance. This means that financial institutions and the Centre will be able to investigate not only the account holders but those who benefit from the funds. For instance, in the Makwakwa investigation, the Centre would have had powers to extend the investigations to those entities and persons who might have benefited from the transactions that he allegedly made. Such wide-ranging powers would allow the Centre to have a more holistic approach to fighting financial crime and corruption in general.

It is important to note that the FICA Amendment Bill seeks to bring South Africa’s financial regulatory regime in line with international best practice. South Africa is a party to agreements and frameworks within the United Nations which require the country to enact such legislation.

Leading the resistance to the proposed FICA amendments is the so-called Progressive Professionals Forum (PPF), led by one Mzwanele Jimmy Manyi, and some sections of the ANC including the Youth League. President Jacob Zuma received the Bill from Parliament in May, and has thus far refused to sign it and instead sent it to parliament for reconsideration, citing possible unconstitutionality.

In a paradoxical turn of events, the National Executive Committee of the ANC came out in support of the Bill, albeit indirectly, by calling for the introduction of lifestyle audits. It is not clear if the NEC is aware that the instrument that would enable such audits is the FICA Amendment Bill. However, more interesting and reassuring is the fact that the ANC caucus in parliament has asserted that it will not make uninformed amendments but would rather send the Bill to the Constitutional Court for a determination.

The call for lifestyle audits has been made before, notably by the then COSATU General Secretary, Zwelinzima Vavi, and the revival of this idea amid allegations of state capture and public sector corruption is a welcome development.

Criticism of the Bill from the PPF, ANCYL and the Mkhonto Military Veterans Association should be dismissed outright as it does not advance the national interest. Such criticism emanates from quarters of our society who fear that giving more powers to the FIC will make it difficult for them to continue engaging in activities that run counter to the objectives espoused in the Bill and Constitution.

What they could have raised more legitimately is how the FIC will exercise its powers. This fear is not without foundation in a country like South Africa given our recent history with the Hawks and the National Prosecuting Authority. Since the Mbeki era, and more so under the Zuma administration, South Africa has witnessed a disturbing trend towards the use of state institutions to fight the ANC’s factional battles. One can only hope that the FIC will be spared such abuse for the good of our young democracy and institutions.

The FICA Bill is a welcome development in South Africa. There is no doubt that the enhanced powers of the FIC will help combat corruption, money laundering, state capture and terrorism. The Centre’s investigations into SARS’ second-in-command reflects the important role that institutions established under our constitution should play in enhancing good governance and combating the abuse of authority and corruption.

It is unfortunate that President Zuma has decided to torpedoe this very important piece of legislation by sending it back to parliament. However, judging by the interest in the Bill by civil society and progressives within the ANC, it is just a matter of time before the President gets to sign the bill, regardless of his his own personal interest in the matter. The recent past has reflected that the future of South Africa’s democracy and stability lies in strong, independent institutions. Strengthening institutions such as the Financial Intelligence Centre will go a long way toward entrenching our young constitutional democracy. As South Africans take a much needed festive break, they can only hope that one of the main resolutions for the New Year would be the addition of the FICA Bill into the arsenal that strengthens our corruption fighting institutions.

This is an update on an article that was first published on SAIIA, 28 October 2016.