What to expect from the 11th WTO Ministerial Conference in Buenos Aires? 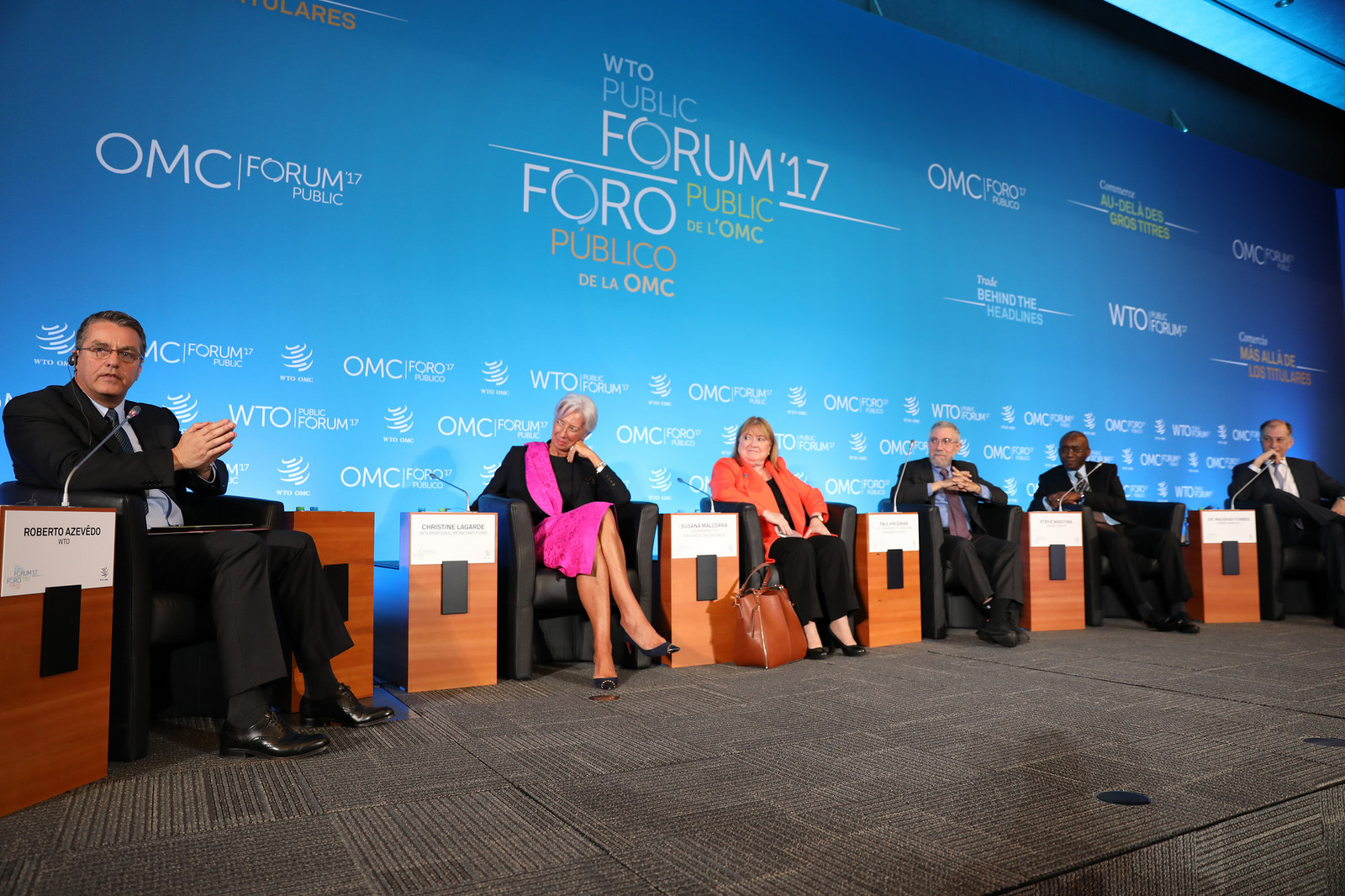 What to expect from the 11th WTO Ministerial Conference in Buenos Aires?

Buenos Aires is going to host this year’s Ministerial Conference of the World Trade Organization (WTO). Commencing next Sunday, the 11th Ministerial does not come with a lot of fuss. The WTO has, at best, played only a minor role in international negotiations of further trade and investment liberalization in recent years. At any rate expectations for this year’s ministerial are modest.

We are likely to see a continuation of bilateral endeavors, particularly between most already industrialized countries and some emerging market powerhouses. Developing countries had and still have a say at WTO level, but have been given little consideration in the past and are likely to continue to play at the sidelines in the future.

Nevertheless, 2017 already delivered some success stories for the WTO. The trade facilitation agreement (TFA), sealed in Bali in 2013, entered into force in February 2017. Two-thirds of the WTO’s member countries already ratified it. In addition to the TFA, changes in the rules on intellectual property (the TRIPS agreement) took effect in January 2017, aiming to facilitate trade in licensed products for developing countries.

In this respect, WTO Director-General Roberto Azevêdo can indeed open the Buenos Aires Ministerial with some tailwind. At the same time, however, a number of political difficulties prevail for the key negotiation issues of this year’s summit; specifically, policy proposals to facilitate agricultural trade and to increase food security for developing countries. For example, at the recent Marrakech meeting, the European Union (EU) issued a joint statement together with members of the Cairns group of agricultural exporters highlighting the need for a new discipline on trade distorting domestic support. However, to date conflicting interests on this priority issue still divide the governments of WTO member states.

In Europe, Eurochambers and some national business associations have launched an initiative to discuss small and medium-sized enterprises (SMEs). Access to foreign markets requires compliance with complex foreign regulations and standards, which requires highly specialized administrative staff and contacts to (occasionally restive) customs and regulatory bodies. Very often SMEs do not have these resources putting them at a systematic comparative disadvantage to larger firms including multinational corporations (MNCs). Having in mind that trade barriers and regulatory heterogeneity constitute a subsidy of big business, regulations, transparency and greater alignment of standards are at the heart of the initiative. Given that SMEs, after all, account for high levels of employment in all WTO member countries, this initiative is absolutely justified, and we consider it likely that the SME initiative becomes a success story.

Noting that we will not necessarily see big breakthroughs and more promising results than those of the past two conferences (Bali 2013 and Nairobi 2015), WTO Director Azevêdo is actually expecting some significant advances in the talks about agriculture.

One reason for our somewhat pessimistic projection lies in the critical attitudes of the current US administration to international trade in general and the WTO in particular. Talking of ‘bad deals’ and the need for ‘Buy America’ policies, US President Trump has repeatedly expressed his antipathy to the WTO. Of course, this is nonsense from an economics point of view, but – even in the Western hemisphere of the 21st century –, it still comes with significant political weight. Stubbornness of the US on proposals to further dismantle trade-distorting measures – even on a small scale – is likely to prevent any substantial coordinated and codified progress.

In that regard, it is particularly worrisome that other major WTO players such as the EU and China are largely self-absorbed with internal and regional political affairs. Apart from some formal lip service paid to the WTO, the administrations of the two parties are highly unlikely to pull the thick strings to further liberalize trade at a multilateral level, let alone the willingness to facilitate a revitalization of the Doha Round (to commemorate: launched in 2001).

In that sense, however, the EU could at least thoroughly reconsider the extent to which it continues to rely on US approval for new trade policy initiatives. In his recent speech, Germany’s Foreign Minister Gabriel openly pointed out that the EU could only rely to a limited extent on the US on global policy issues.

For the EU (but also China), the obvious trade policy conclusion would be to take the multilateral initiative to a new level. It would imply taking courageous steps in agricultural trade – particularly in light of the recent EU-Africa summit that took place just a week ago.

For the EU, a genuine and honest commitment to a global multilateral liberalization of markets for food and agricultural commodities would require making honest, ambitious, detailed and codified proposals for market opening and the elimination of national subsidies.

Such a commitment could come as a unilateral initiative, in the sense that developing countries themselves do not have to open the markets further in the next five years or so, with phase-out schedules applied over a period of 10-20 years afterwards. Admittedly, this is far from efficient in light of substantial public financial resources transferred to farmers and agricultural companies. It would also come with lower economic benefits over time, knowing that productivity increases in agriculture are driven mainly by import competition. However, even if such an initiative could find consensus, it is unlikely to pop-up two days before the start of the Ministerial.

To sum up: the governments of some WTO Member States (primarily the US) do not want to take an initiative, while EU governments probably cannot take the lead because of its internal political struggles around the reorganization of core European institutions.

The governments of some emerging markets, such as India or China, could take the lead. They should be able to see and communicate a huge national interest of their countries in multilateral trade liberalization. The notion, however, that their governments could drive OECD members forward with courageous initiatives is as attractive as it is unrealistic.

The WTO is therefore very likely to continue to take only very, very small steps after Buenos Aires. The most promising way out of its numerous blockades would be a fundamental procedural reorientation of the WTO, namely the departure from the rule that each member country must ratify and recognize all constituent parts of the agreements (single undertaking).

It is time for governments to think about putting together minimum packages, with voluntary accession to some pillars of the agreements. Following the mechanisms of competitive liberalization, it is much more likely to arrive at much better outcomes for many rather than no outcomes for all. We cannot expect these considerations to rank high on next week’s agenda for negotiations, but the reorganization of the WTO might become the topic to go for at the 12th WTO Ministerial in 2018.